From  DC Police report: Detectives from the Metropolitan Police Department’s Homicide Branch are investigating a fatal shooting that occurred in the 100 block of Irvington Street SW, Washington DC, on Tuesday, May 9, 2017. At approximately 2:07 pm, members of the Seventh District responded to a report of a shooting. Upon arrival on the scene, officers located an adult male suffering from a gunshot wound. DC Fire and EMS personnel arrived on the scene and transported the victim to an area hospital. After all life-saving efforts failed, the victim was pronounced dead.
The decedent has been identified as Damonta Thompson, 25, of Southwest, DC.

This exceptionally large and varied shrine reflects the care that his loved ones have for his memory.

Thanks to reporter John Muller for his support. 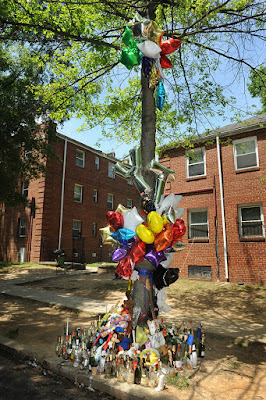 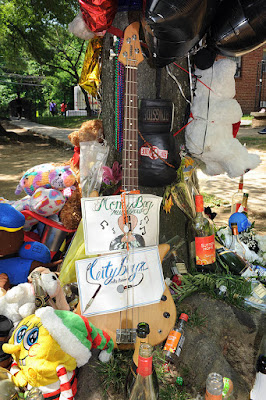 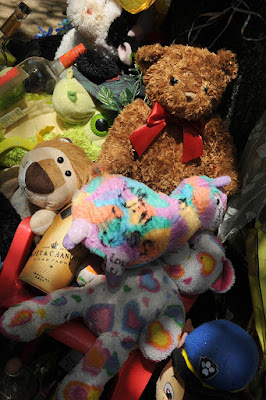 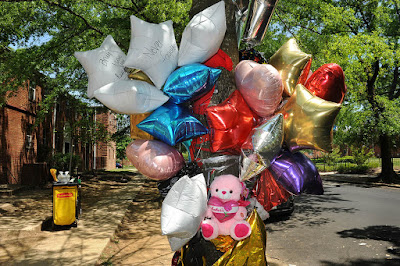 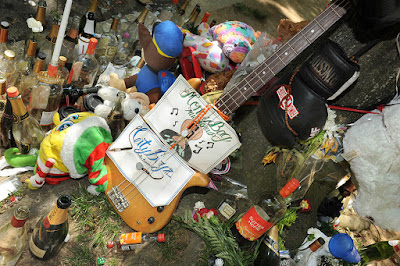 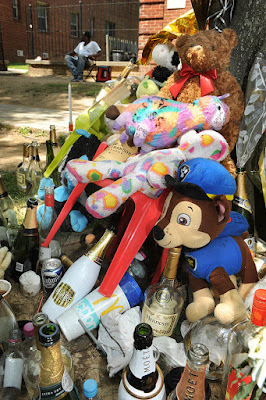 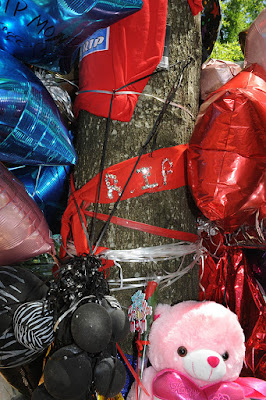 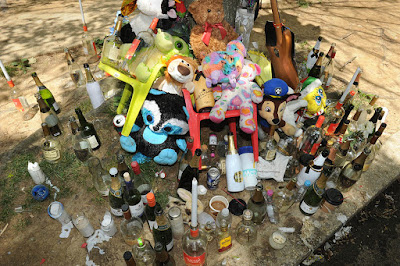 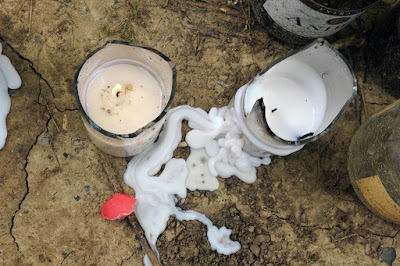 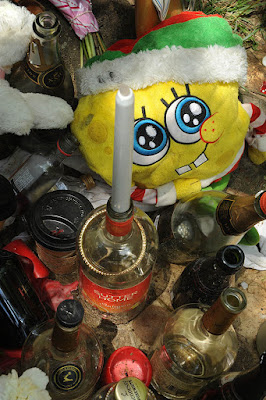 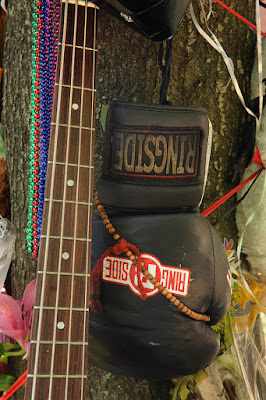 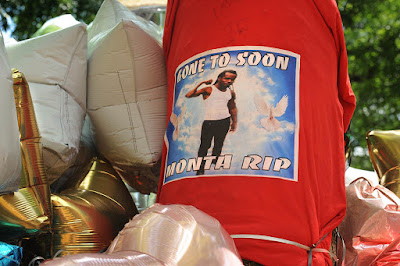 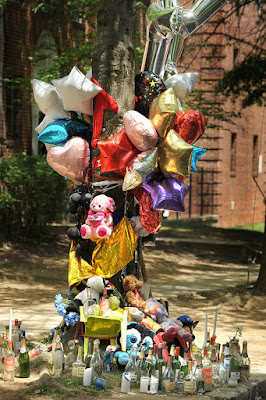