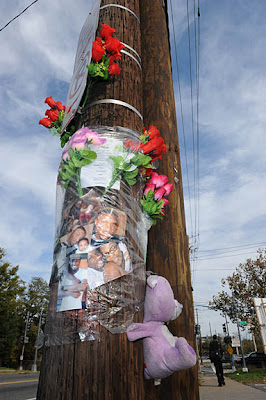 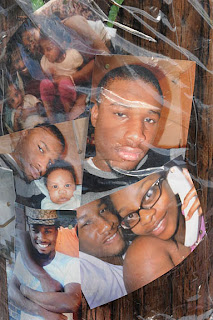 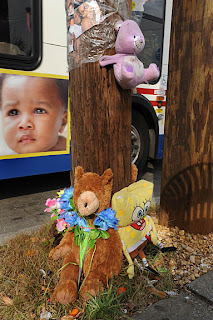 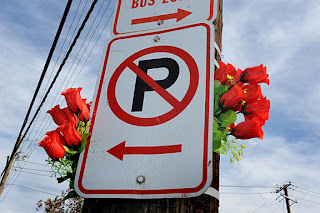 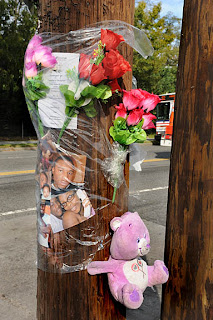 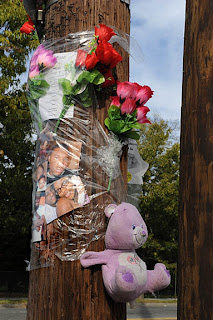 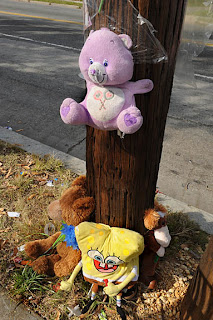 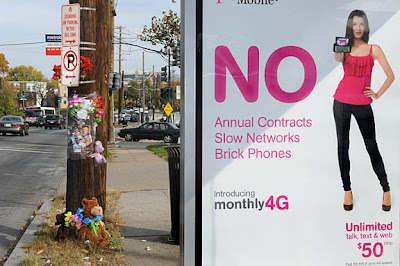 From a DC Police report: On Thursday, October 20, 2011, at approximately 12:08 am, units from the Seventh District responded to the 2100 block of Alabama Avenue SE, Washington DC, for the report of a shooting. Upon their arrival, they located the victim lying in the street of that location. DC Fire and EMS responded to the scene and transported the victim, Demetrius Emmanuel Thompson, 22, to an area hospital where he succumbed to injuries and was pronounced dead.
On Tuesday, October 25, 2011, authorities from the US Marshals Task Force in Orlando, Florida arrested Vincent Gray, 21, and Delron Atchison, 22, both from DC, in Orlando, Florida, pursuant to DC Superior Court arrest warrant charging them both with Murder Two while Armed.

This decorative memorial to Mr. Thompson's life is at the busy Alabama Avenue bustop where his life came to a sudden sad end.

More information is at HomicideWatch.
Posted by Lloyd at 3:27 PM

Rest in Peace to Demetrius and God bless his family.

Also, credit should be give to police for tracking the suspects all the way to Florida.

He can't be brought back but may be justice be served.