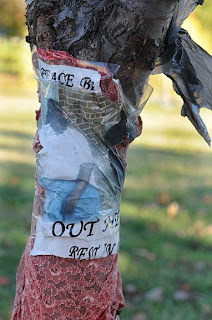 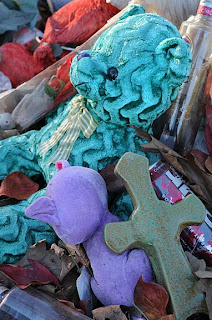 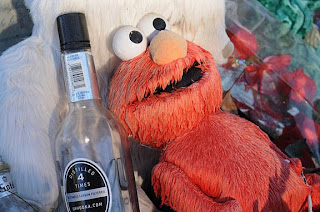 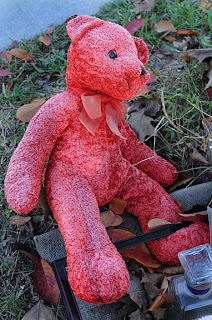 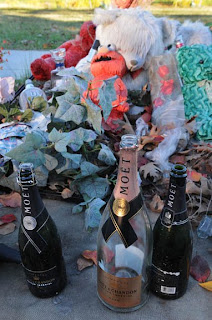 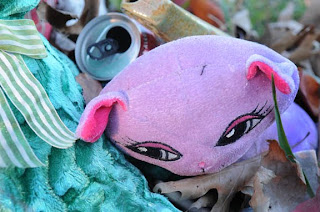 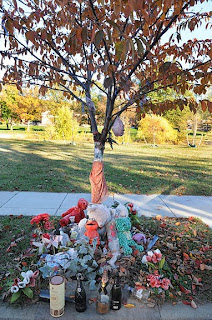 This shrine is in the 4200 block of 1st Street SE, Washington DC, and was pointed out to me by some neighbors in the 4000 block, who directed me to the site of the murder.

I am not sure who it is. There have been a number of murders in the area this year.

I got an email message from someone who does not think the shrine is to Mr. Matthews.

I have no clear evidence as to whom it honors, but suffice it to say, some family and friends created it when their hearts were heavy with loss.
Posted by Lloyd at 5:03 PM