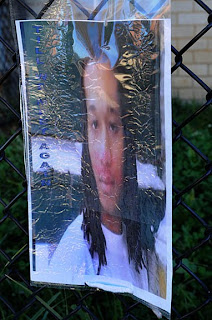 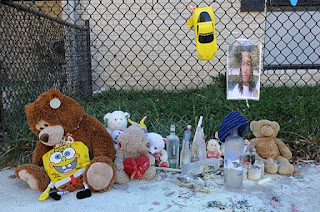 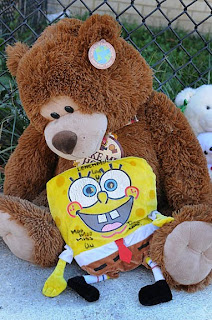 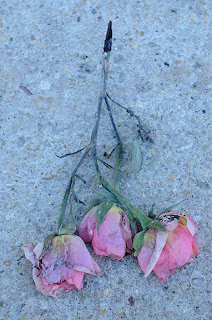 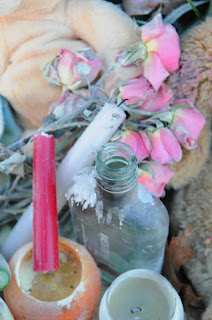 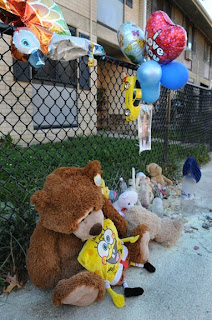 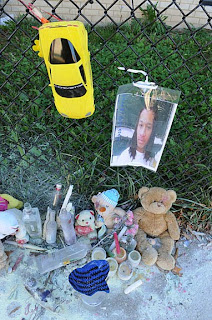 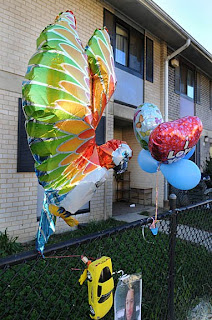 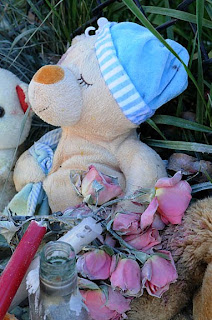 From police reports: On Wednesday, October 27, 2010 at approximately 10:00 pm, while on patrol, officers from the Seventh District heard sounds of gunshots. The officers then canvassed the area and discovered an adult male victim on the sidewalk of the 2700 block of Langston Place SE, Washington DC, suffering from multiple gunshot wounds. DC Fire and EMS transported the victim, Darnell Lucas, 37, of Capital Heights, MD, to Prince George’s Community Hospital where he succumbed to his injuries.

I spoke with several nice young girls in the neighborhood, who showed me two other new shrines within one block of this one.

Sad for Mr. Lucas and his clan, and also sad that children have to grow up in such a dangerous situation.
Posted by Lloyd at 5:17 PM