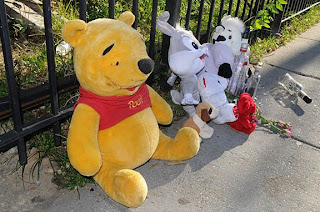 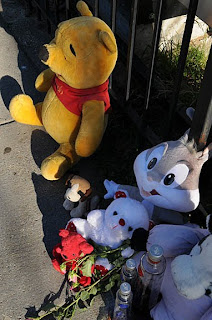 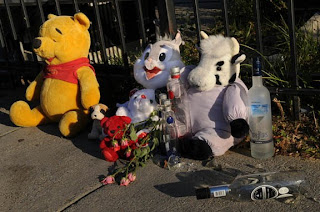 From press reports: On November 8, 2010, DC police officers responded to a report of gunfire in the 200 block of Langston Place SE, Washington DC, and found Marquice Ayers, 22, of R Street NW, who had been shot several times. He was transported to a hospital where he was pronounced dead.

I was shown this shrine by some young girls in the neighborhood.
Posted by Lloyd at 5:16 PM