In memory of Jinnell Barbara McQueen 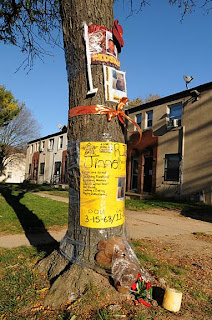 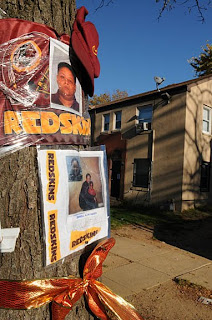 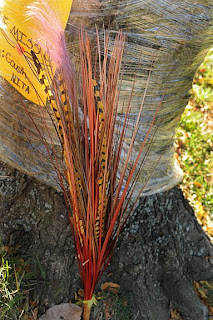 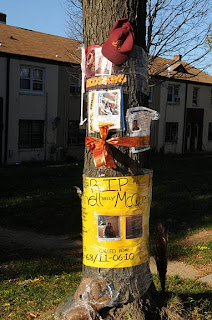 On Sunday, November 07, 2010, at approximately 12:30 am, Seventh District units responded to the 1200 block of Eaton Road SE, Washington DC, to investigate the sound of a gunshot. Upon arriving, they found a female victim suffering from a gunshot wound. DC Fire and EMS determined that the victim did not show any signs of life. Jinnell Barbara McQueen, 42, of Seat Pleasant MD, was transported to the Office of the Chief Medical Examiner and pronounced dead.

This is in the Barry Farms neighborhood.

One of her neighbors spoke to me of how he had hoped the neighborhood had turned the tide away from earlier episodes of fatal violence. He was quite saddened and upset to learn of the loss of life marked and memorialized by this shrine.
Posted by Lloyd at 4:53 PM

Aunt Jinell I love you baby. I think about you everyday its like you was just hear with me watching the game and eating popeyes lol. I miss so much and I love you. Love what u do.