Sunflowers (and more) for Michael Godleski 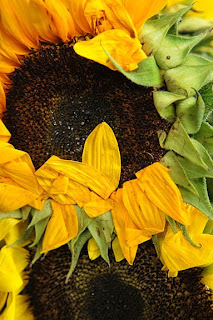 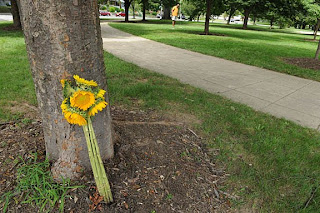 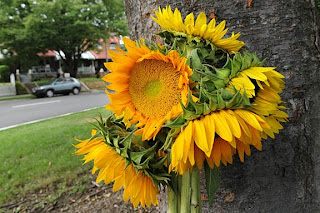 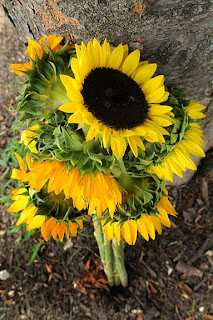 On Sunday, August 22, 2010 shortly after 12:30 AM, police responded to the Unit Block of Sherman Circle NW, Washington, DC, for the report of a shooting. Upon their arrival, they located a victim suffering from gunshot wounds. DC EMS transported the victim to a local area hospital where he was pronounced dead.
The decedent was identified as Neil Michael Godleski, 31, of the 500 block of Ingraham Street, NW.
An avid athlete, Godleski was biking back from his work on the waterfront. He was a biology student at Catholic University.
Robbery is suspected as a motive.
I spoke to a neighbor who said the neighborhood was usually quiet, and that a candlelight vigil had been held for Mr. Godleski.

According to press reports, his friends are reeling from his violent death.

Update: I found this shrine expanded when I came upon it again on October 7, 2010. 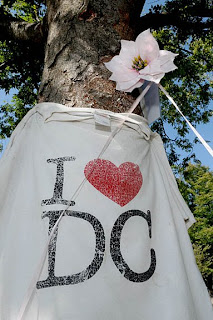 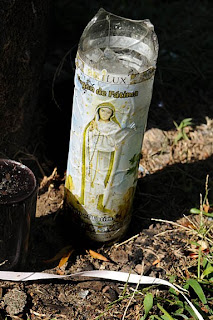 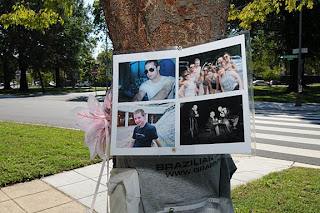 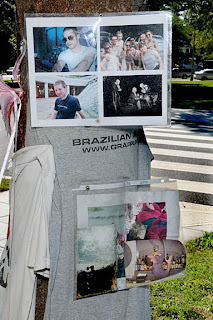 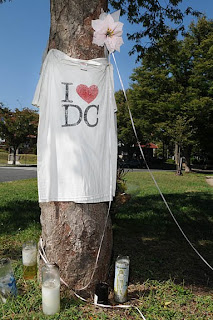