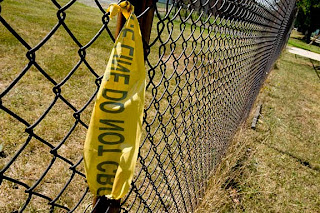 From DC police reports: On Saturday, August 28, 2010, at 12:15 AM, members of the Seventh District responded to the 4400 block of Wheeler Road SE, Washington, DC, for the report of a stabbing. Upon their arrival, the victim, identified as Sean West, 37, of Oxon Hill, MD, had already been transported to the United Medical Center where he was subsequently pronounced dead.

Sean we often spent quiet times talking and I always asked you to keep in mind about where would I be without you...who could ever replace you. To think about ALL of us who love you and would miss you. I was often scared but never alone. I miss you today. My heart grieves for you. I am hurting because I miss you terribly and I don't know how to stop. My heart is broken. There will be no more green apple candy wrappers in my key hole. I have to remember that. "I have to remember that"

Sean u are truly missed by so many,only if i could turn back the hands of time i would just so u can be here with us...I WILL ALWAYS REMEMBER U SAYING.."I LOVE U FOREVER AND A DAY BECAUSE ALWAYS IS NOT LONG ENOUGH".