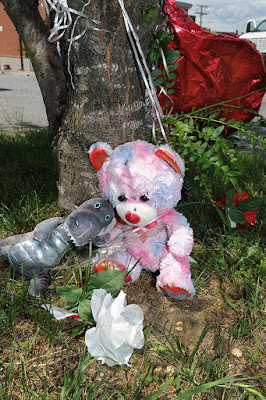 From a PG County Police report: The Prince George’s County Police Department’s Homicide Unit is investigating a fatal shooting in Suitland, Maryland. The victim is 25-year-old Michael Squire of District Heights. On May 15, 2021, at approximately 10:15 pm, officers responded to the intersection of Silver Hill Road and Porter Avenue, Suitland, Maryland, for a collision involving an SUV and a car. Once on scene, officers located Squire in the driver’s seat of the SUV suffering from a gunshot wound. He was pronounced dead on the scene. The driver of the second vehicle was not injured. Detectives are working to identify who shot Squire and determine a motive.