There was a large gathering at the Emery Heights Community Center to honor the memory of slain teenager, Kassius-Khon Glay. A deeply moving article about his life and the efforts of his parents to advocate for youth is in the Washington Post.

The markings on this basketball court come from the wax of the many candles lit for young Mr. Glay 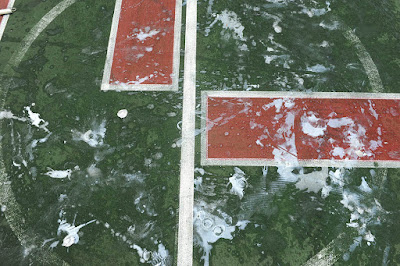 From a DC Police report: Detectives from the Metropolitan Police Department’s Homicide Branch are investigating a homicide that occurred on Friday, May 28, 2021, in the 600 block of Upshur Street NW, Washington DC. At approximately 11:51 am, members of the Fourth District responded to the listed location for the report of a shooting. Upon arrival, members located a juvenile male and an adult male both suffering from gunshot wounds. DC Fire and Emergency Medical Services responded to the scene and found that the juvenile male victim displayed no signs consistent with life. The decedent remained on the scene until transported to the Office of the Chief Medical Examiner. The adult male victim was transported to a local hospital for treatment of non-life threatening injuries. The decedent has been identified as 16 year-old Kassius-Khon Glay, of Northwest DC. 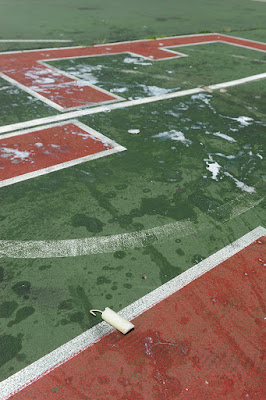