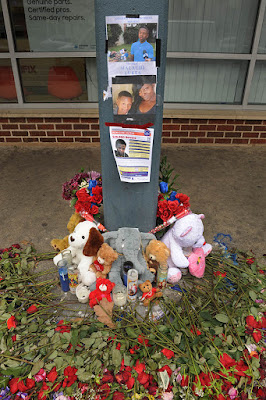 From a DC Police report: Detectives from the Metropolitan Police Department’s Homicide Branch are investigating a homicide that occurred on Sunday, March 1, 2020, in the 600 block of S Street NW, Washington DC. At approximately 2:08 pm, members of the Third District responded to the listed location for the report of sounds of gunshots. Upon arrival, officers located a juvenile male suffering from a gunshot wound. DC Fire and Emergency Medical Services responded to the scene and transported the victim to an area hospital for treatment. After all life-saving efforts failed, the victim, identified as Malachi Lukes, 13, of Northwest DC, was pronounced dead. Additionally, officers located a second juvenile male victim in the 600 block of Rhode Island Avenue, Northwest, suffering from a gunshot wound. The second victim was transported to an area hospital for treatment of non-life threatening injuries.

I was alerted to the site of this shrine honoring the memory of young Mr. Lukes on 17th Street NW by Mr. Kevin Nara, whose sister was one of the unfortunate victim's classmates.
Thank you to Mr. Nara for this kindness.

May there be peace and justice for all touched by this most unfortunate tragedy. 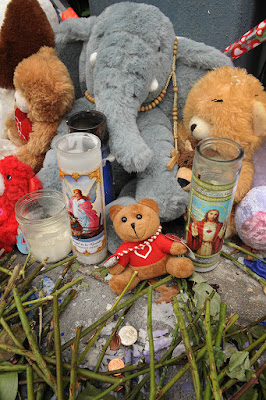 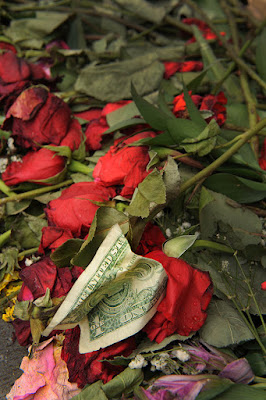 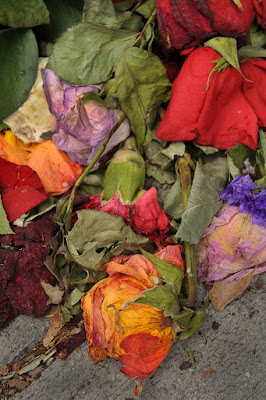 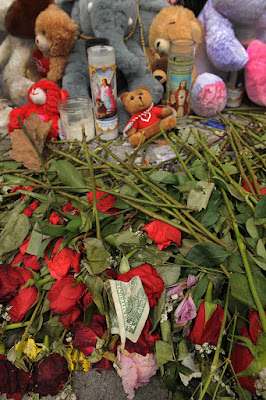 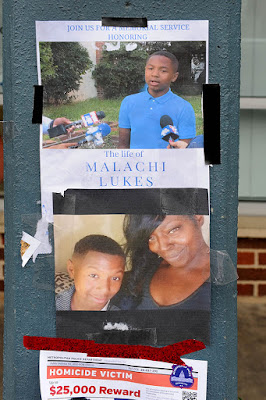