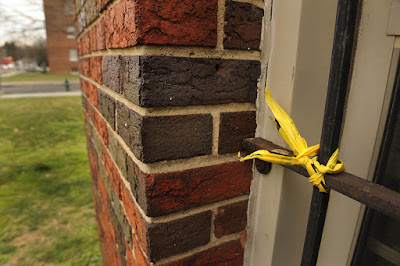 From a DC police report: Detectives from the Metropolitan Police Department’s Homicide Branch are investigating a fatal shooting that occurred on Saturday, February 22, 2020, inside of a residential building, in the 6000 block of 13th Street NW, Washington DC. At approximately 5:02 pm, members of the Fourth District responded to the 6000 block of 13th Street NW, Washington DC, for the report of sounds of gunshots. Upon arrival, officers located two juvenile males, and an adult female, inside of a residence, suffering from multiple gunshot wounds. DC Fire and Emergency Medical Services responded to the scene and found that one of the juvenile males displayed no signs consistent with life.. The second juvenile male and adult female were transported to an area hospital for treatment. After all lifesaving efforts failed, the second juvenile male was pronounced dead. The adult female was treated for non-life threatening injuries. Investigation at the scene revealed that the offense occurred inside of the residential building.  The decedents have been identified as Wilfredo Torres, 17, and  Jaime Zelaya, 16, both of Northwest DC.