From a DC police report: Detectives from the Metropolitan Police Department’s Homicide Branch have announced an arrest has been made in the fatal stabbing that occurred in the 1600 block of R Street SE, Washington DC, on Saturday, June 17, 2017. At approximately 9:06 pm, members of the Sixth District responded to the listed location for the report of an Aggravated Assault. Upon arrival, members located an adult male suffering from multiple stab wounds. DC Fire and EMS responded to the scene and transported the victim to an area hospital. On June 26, 2017, at approximately 3:01 am, the victim succumbed to his injuries and was pronounced dead. The decedent has been identified as Leonte Cox, 23, of Southeast DC. On Tuesday, June 27, 2017, pursuant to a DC Superior Court arrest warrant,  Kimberly Shaw, 35, of Southeast DC, was arrested and charged with Second Degree Murder while Armed.

This site is less than one block from the main entrance of Anacostia High School. 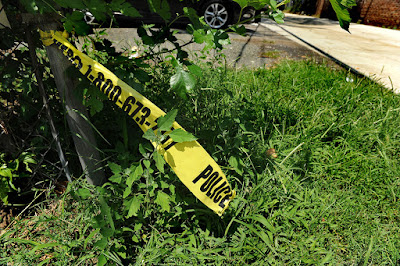