Shrine in memory of Dante McNeil. U Street SE near the corner of the 2000 block of Martin Luther King Jr., Avenue, SE

From a DC Police report: Detectives from the Metropolitan Police Department’s Homicide Branch are investigating a fatal shooting that occurred alongside of the 2000 block of Martin Luther King Jr., Avenue SE Washington DC, on Monday, August 14, 2017.
At approximately 12:30 pm, Seventh District officers responded to the listed location for the report of a shooting. Upon arrival, officers located an adult male inside of a vehicle suffering from multiple gunshot wounds. DC Fire and EMS responded to the scene. The victim displayed no signs consistent with life and was pronounced dead.
The decedent has been identified as Dante McNeil, 31, of Southeast, DC. 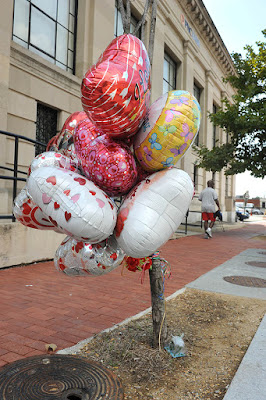 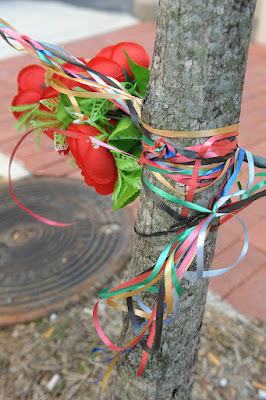 According to a a Facebook account by reporter John Muller, Mr. McNeil's loved ones and friends have added candles and other material to this shrine in his memory.
Posted by Lloyd at 1:51 PM