From a DC Police report: On Saturday, November 23, 2013, at approximately 6:29 pm, officers from the Fifth District responded to the 2500 Block of 14th Street NE, Washington DC, for the report of sounds of gunshots. A subsequent report was received for a shooting victim in the 2500 Block of 14th Street, Northeast. Upon their arrival, they located two adult males suffering from gunshot wounds. DC Fire and EMS transported the first victim, identified as Donald Isiah Jones, 32, to a local hospital where he was pronounced dead. The second shooting victim was also transported to a local hospital where he was admitted in stable condition. 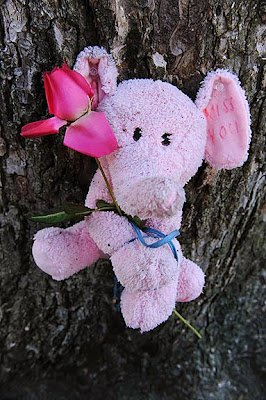 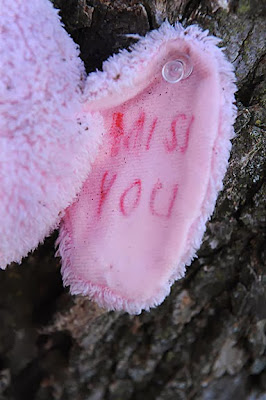 Someone misses Mr. Jones. I was very touched also by this small pink elephant left in his memory.

There is more information on the case at HomicideWatch.

This neighborhood has seen more than its share of violence in the past few years.  A prayer for peace, justice, healing, and wisdom for all who live there.