From a DC police report:  On Saturday, December 7, 2013, at approximately 8:58 pm, officers from the Fourth District responded to the 900 block of Sheridan Street NW, Washington DC, for the report for the sounds of gunshots. Upon arrival, they located an adult male, identified as Demetrius Eccles, 31, suffering from apparent gunshot wounds.  DC Fire and EMS did not find any signs consistent with life.  The decedent remained on the scene and was later transported to the Office of the Chief Medical Examiner. http://homicidewatch.org/victims/demetrius-eccles/

I spoke with some neighbors, who pointed out where Mr. Eccles fell, and to his blood, which remained on the driveway.

We hoped for a more peaceful new year for the neighborhood. 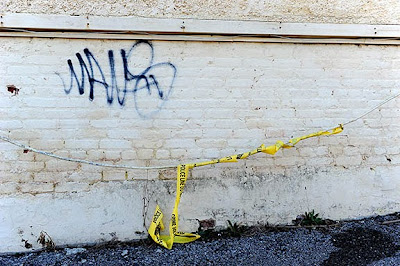 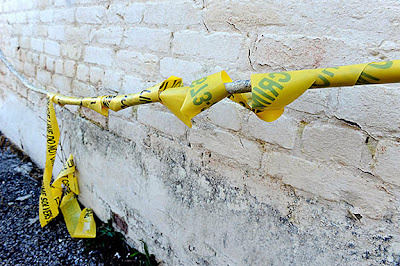 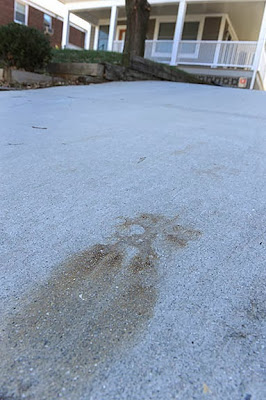 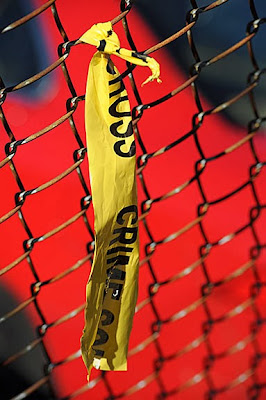 There is more information at HomicideWatch.