This street memorial honors Mr. Tommy K. Wong, 52, who was murdered about 4:00 PM Friday July 27, 2012, in his store, Capital Jewelers, 3219 Columbia Pike, in Arlington, Virginia. Video cameras show that he was murdered during a robbery. His death was discovered by his family after he did not come home that evening. Arlington Police are currently searching for the suspect, whose image was captured by the security cameras.

The memorial was erected by family and members of the tight-knit local business community, many of whom are also immigrants operating small enterprises in this highly-diverse neighborhood.


Mr. Wong has been described by friends, family, and other members of the Columbia Pike business community as a kind, dedicated family man, and his loss has been devastating to those who knew him.

May his memory be for a blessing, and peace return to his family and community.

The Washington Post has published interviews and other information about this sad turn of events. It can be viewed here.

This is the first street memorial to a homicide victim that I have found in Arlington. After a more than two year peace, there have been three slayings in Arlington this past month. 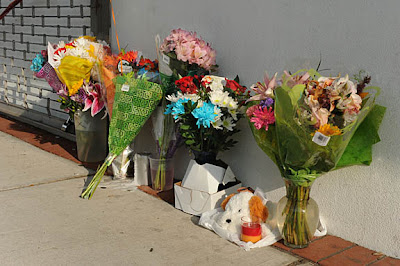 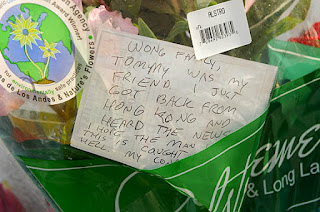 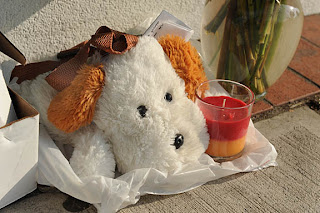 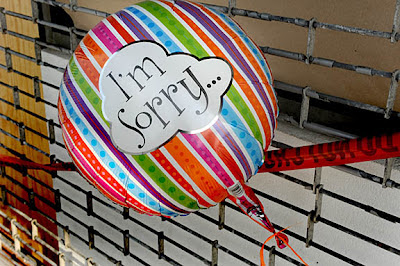 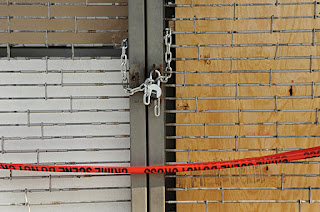 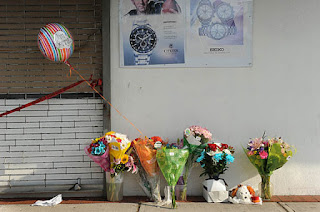 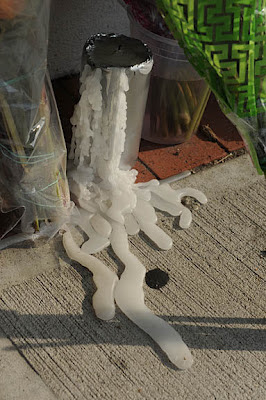 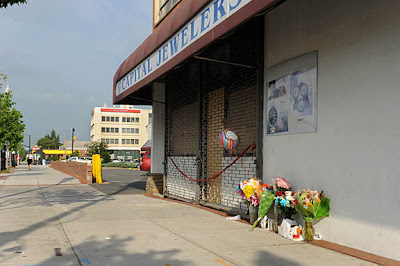