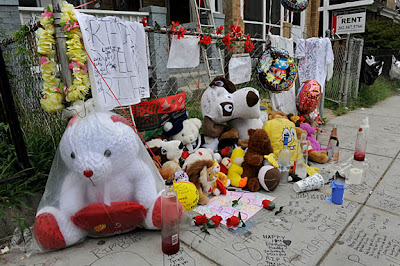 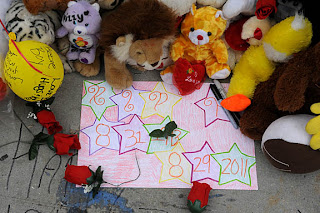 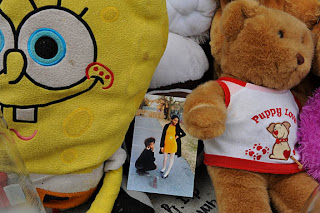 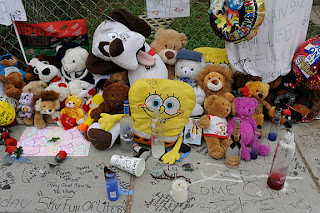 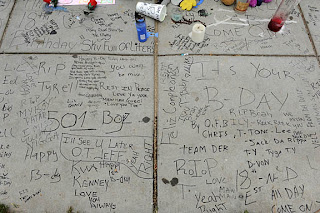 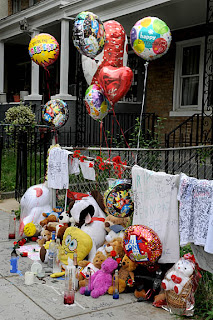 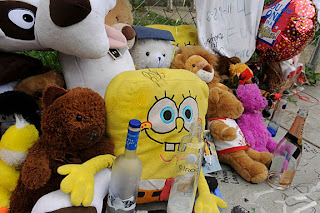 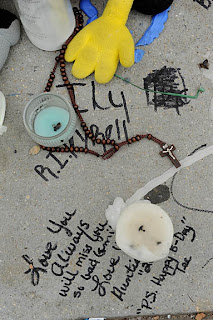 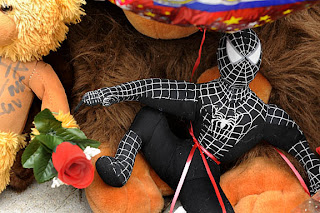 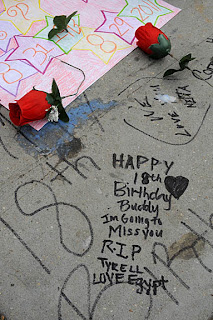 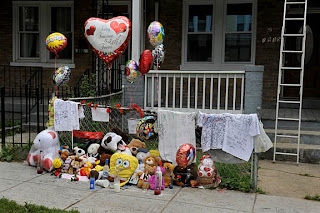 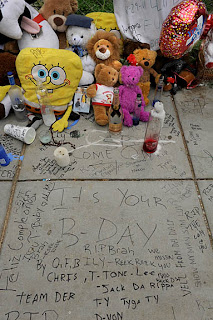 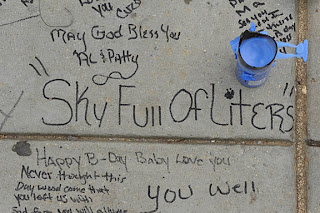 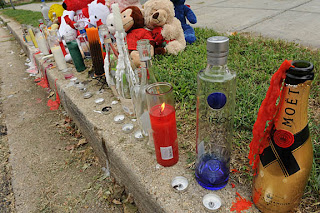 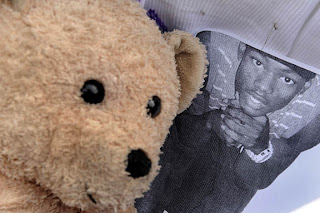 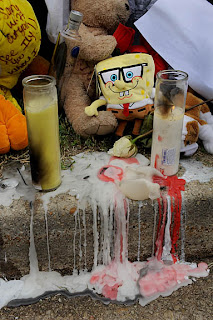 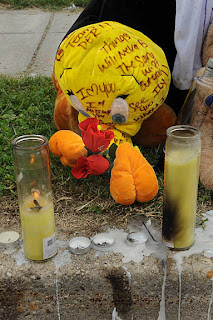 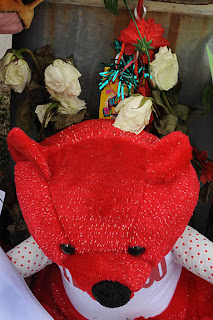 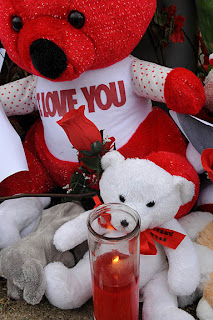 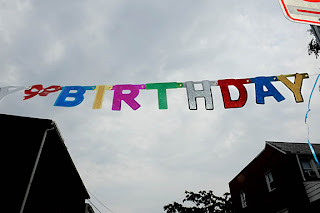 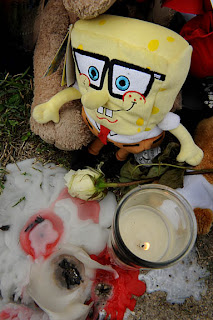 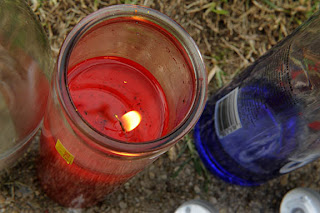 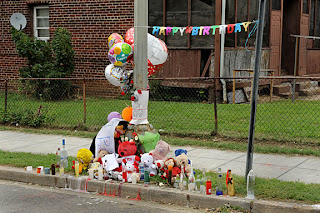 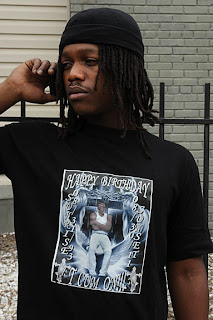 From a DC police report: At 10:34 p.m. Monday, Fifth District police heard gunshots in the 1900 block of Bennett Place NE, Washington DC, and then saw a man being chased and shot multiple times at by a masked man with a gun. The victim, identified as Tyrell Fogle, 17, suffered multiple gunshot wounds and collapsed in the 1900 block of Bennett Place NE. DC Fire and EMS transported Mr. Fogle to a local hospital, but he succumbed to his injuries. Officers chased the armed masked man and arrested him in the 700 block of 21st Street, NE. Anthony Hatton, 18, of Southeast Washington, DC, is charged with murder while armed.

One large shrine, with an exceptional amount of testimony written on the sidewalk, was set up by his loved ones at the site of his death on Bennett Place NE. Another large shrine, in the 300 block of 18th Place NE DC, was created during a vigil near the home he grew up in. His vigil was held on what would have been his 18th birthday.

These photographs are from both sites.

According to a neighbor I spoke to on Bennett Place, young Mr. Fogle was shot several times- she thought she had heard multiple gunshots. Another person also told me that his girlfriend is pregnant with his child, and speculated that she "must be devastated."

According to neighbors and friends, he was a positive kid, involved in sports- a very handsome young man, likely shot in a dispute regarding jealousy and a romantic situation.

T-shirts were made in his honor and memory.

May he rest in peace, his family know peace, and justice flow.

Rest in Peace my friend. You'll never be forgotten.