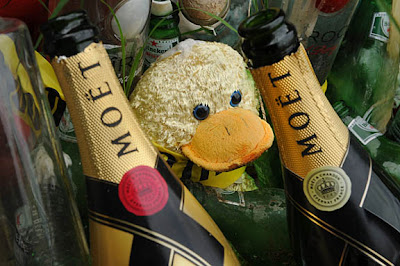 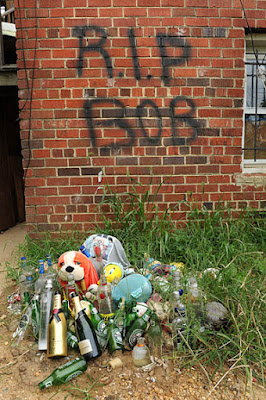 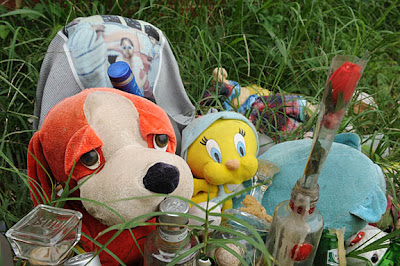 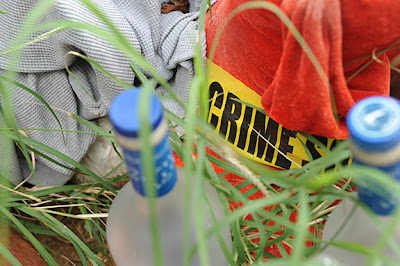 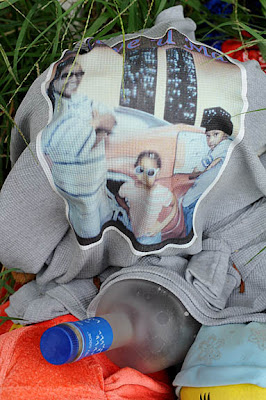 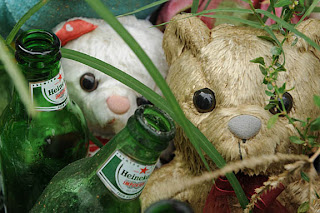 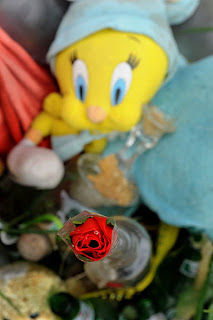 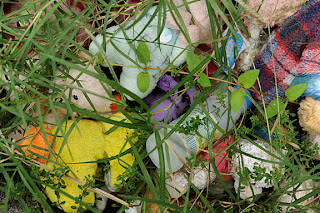 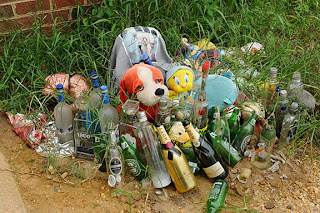 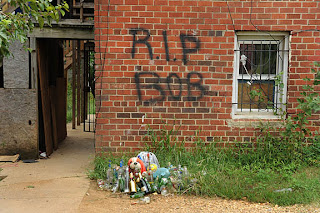 From a DC police report: On Saturday, June 25, 2011, at approximately 1:39 am, personnel from the Sixth District responded to the 5900 block of Eads Street NE, Washington DC, for a call to check on the welfare of an individual. Upon arriving, an adult male victim suffering from gunshot wounds was located. The victim, Bobby Lee Jackson, was transported to the Office of the Chief Medical Examiner where he was pronounced dead.

The red-brick, barred-window building outside of which Bobby Jackson died is on a grassy hillside at the corner of 60th and Eads streets NE. The words “RIP Bob” have been written in black spray paint on the wall of the building in front of which he died. A makeshift memorial of Heineken beer bottles and stuffed animals sits nearby. Two vigils were held at the site.

Much of this information is from a recent story about the situation is in the Washington Post.

More detail is at HomicideWatch.
Posted by Lloyd at 8:53 PM

This site is raw.