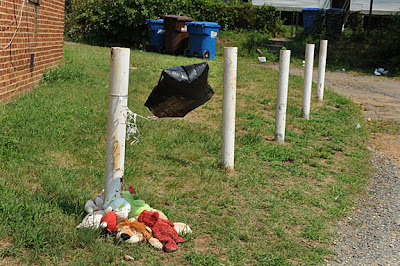 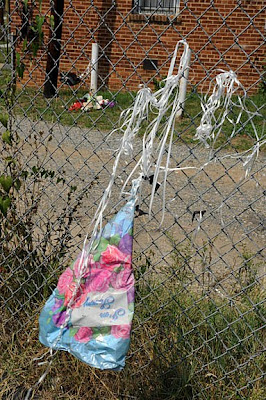 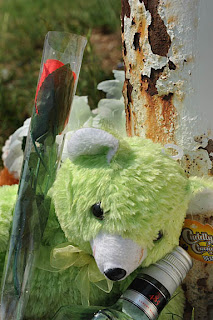 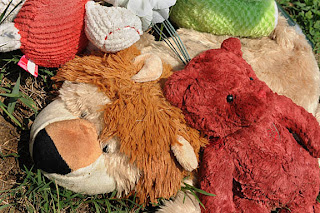 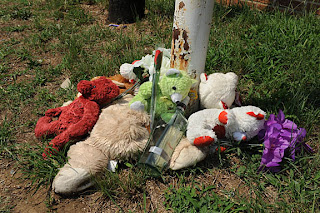 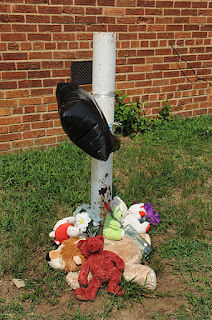 From DC police reports: On Friday August 5, 2011, at approximately 3:00 am, units from the Sixth District responded to the 300 block of 34th Street SE, Washington DC, to investigate the sounds of gunshots. Upon their arrival, they observed a male in the alley suffering from apparent gunshot wounds. DC Fire and EMS determined that the victim, Christopher Emanuel Freeman, 28, had no signs consistent with life. A second victim was also wounded and transported to an area hospital.

On Thursday, August 11, 2011 at approximately 4:30 pm, members of the Capital Area Regional Fugitive Task Force arrested James Fields, 31, of no fixed address, charging him with Second Degree Murder while Armed.

I have photographed several street shrines in this neighborhood. I was questioned today very warily by a passerby, who eased up when I explained what my purposes were.

I pray justice and peace are served in this unhappy situation.