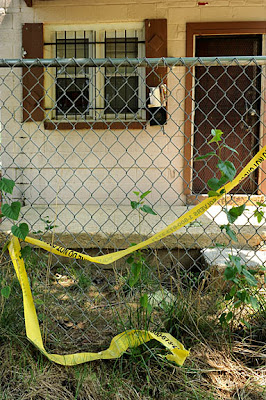 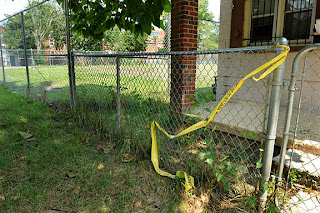 From DC police reports:On Tuesday, August 9, 2011, at approximately 12:15 am, units from the Sixth District responded to the 400 block of 56th Street NE, Washington DC, to investigate the report of a stabbing. They found a male victim suffering from an apparent stab wound. Personnel from the DC Fire and EMS transported the victim, Dwight Gaiter, 26, to an area hospital where he was being treated for his injuries. On August 10, 2011 at approximately 6:30 pm., the victim succumbed to his injuries and was pronounced dead.

I found it especially sad to see that the mailbox at the house was stuffed full; no one was there to get the mail anymore.