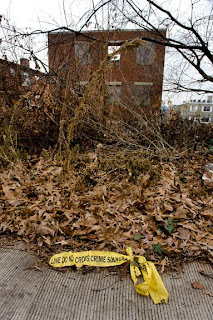 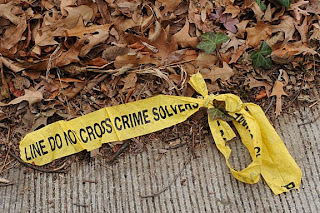 I encountered this crime scene tape in an alley behind the 700 block of Brandywine Street SE.

From a DC police report: On Tuesday, December 21, 2010, at approximately 9:00 pm, units from the Seventh District responded to the 700 block of Brandywine Street SE, Washington DC, for the report of a shooting. Upon arrival, they located a victim, James Pone, 30, of SE, suffering from an apparent gunshot wound. DC Fire and EMS the victim to a local hospital, where he succumbed to his injuries and was pronounced dead.
Posted by Lloyd at 12:25 PM