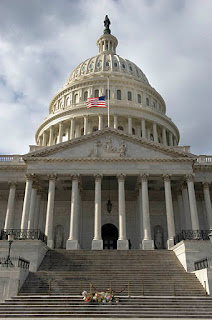 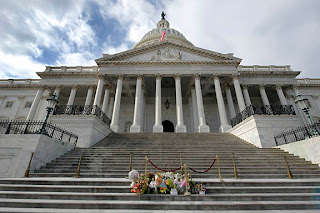 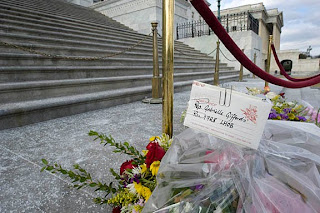 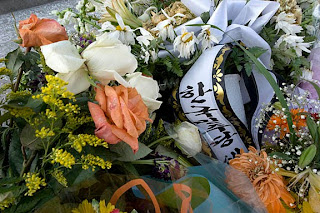 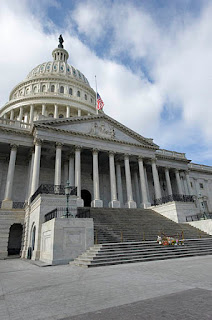 There is a display of flowers and other items on the steps of the United States Capitol in Washington DC, in honor of, and conveying healing prayers for, the victims of the mass shooting attack on January 8, 2011 in Tucson, Arizona.

Congresswoman Gabrielle Giffords was shot in the head by an assailant, and, blessedly, continues to recover from her potentially fatal wound.

Thirteen people were wounded in the attack; a fourteenth person was determined not to have been injured by gunfire. Gabrielle Giffords and two other members of her staff were among the surviving gunshot victims.