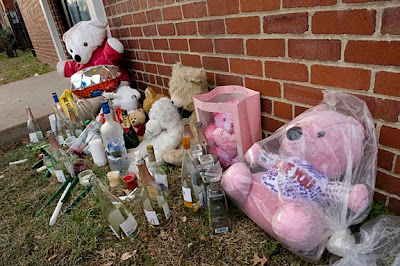 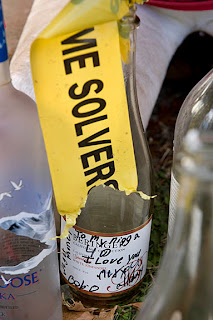 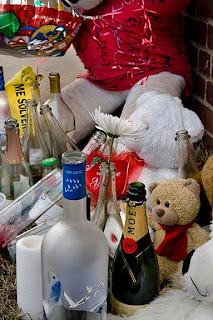 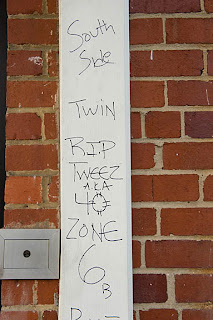 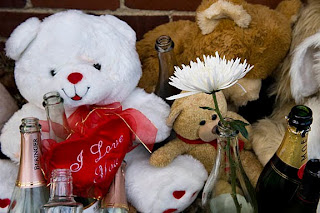 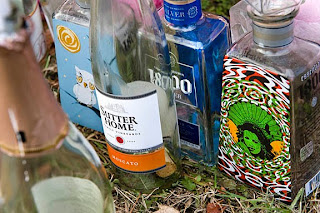 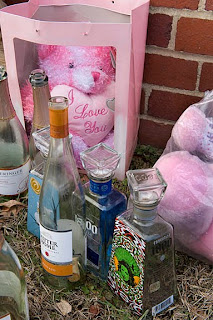 This shrine was created on the front stoop of 2924 Southern Avenue SE, Washington DC.

From DC police reports: On Sunday, December 12, 2010, at approximately 7:50 pm, units from the Seventh District responded to the 2900 block of Southern Avenue SE, for the report of a shooting. Upon their arrival, they located the victim James Campbell, 25, of Bladensburg, MD, in front of the location suffering from apparent gunshot wounds. DC Fire and EMS transported him to a local hospital where he succumbed to his injuries.

There were several middle school aged girls waiting for the bus at a stop in front of this dwelling. I gently explained what I was doing, and they quietly observed as I documented the site.

Resting place, and hopefully, now, some relief from the hard burdens of life.
Posted by Lloyd at 11:38 AM