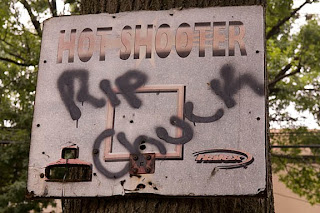 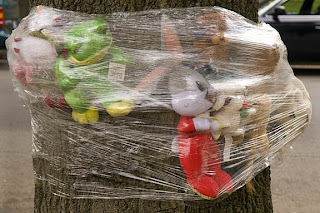 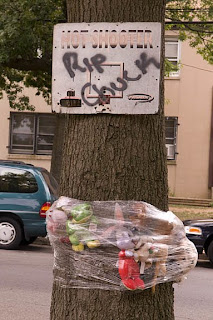 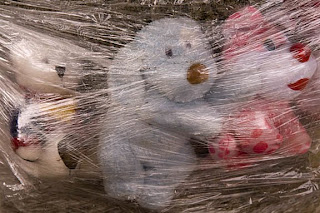 This fresh shrine to "Chuck" in the 1200 block of Sumner Road SE, Washington, DC, is to Charles Brown.

UPDATE: According to his brother (see comments below- thank you sir) Mr. Brown was shot down in front of his home on April 13, 2003. He was a father. His brother writes of the circumstances of his slaying, "leaving us with no answers or clues to who murdered him."

In addition to a caring family, he apparently had a good game. Now he's sunk his last basket.
May he rest - and play - if that's appropriate, in peace.
Posted by Lloyd at 10:45 PM

the comment u left was not right his name is charles brown he was killed in 2003 april the 13th he was a father and he was shot down in front of his home leaving us with no answers or clues to who murdered him now u no who who he is i think its a really good thing that u are doing god bless u chuck was my brother and i cant find on the internet either not even on mppd.com