A sad birthday for the family of Kevin Darnell Allen 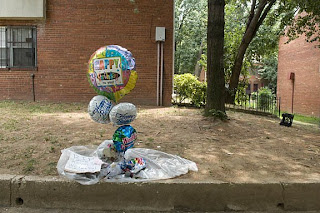 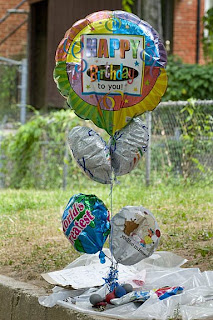 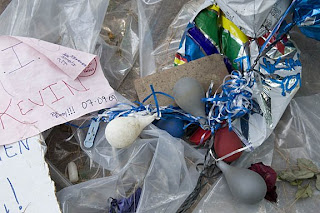 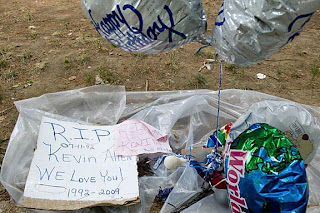 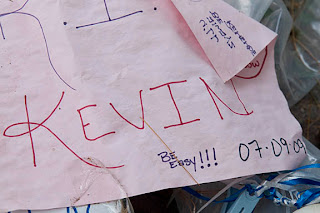 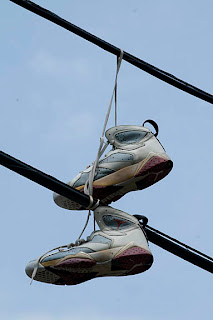 These two memorials are for Kevin Darnell Allen, 16, who was killed one day before his 17th birthday. Both are in the unit block of N St SW, Washington DC; one in the alley, the sneakers over a wire on the street. They are only one block from the Nationals baseball stadium. He was found lying in an alley about 12:30 pm July 9 2009, and later pronounced dead at the hospital. There was no game that day, and there are no known motives for the killing.

A few young neighbors I met were wary and a touch menacing. But, curious about what I was doing, they helped me to the location of this somewhat out-of-the-way shrine.

On July 10, DeAngelo Foote, 19, was arrested and charged with Mr. Allen's murder. Police thanked the residents of the community for swiftly and effectively partnering with the detectives in accomplishing this act of justice.
Posted by Lloyd at 1:58 PM

Correction to the press: Kevin was killed TWO days before his 17th birthday. The arrest of his killer was made ONE day before his birthday. but nonetheless..