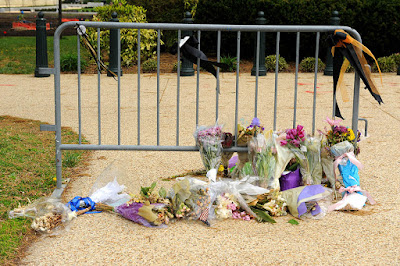 Officer Evans was honored by having his coffin lie in state in the US Capitol and by having flags lowered throughout the city. May his memory be for a blessing.