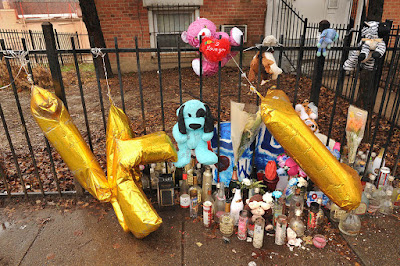 From a DC Police report: Detectives from the Metropolitan Police Department’s Homicide Branch have announced a second arrest has been made in a fatal shooting that occurred on Friday, November 29, 2019, in the 3000 block of 30th Street SE, Washington DC. At approximately 10:51 am, members of the Seventh District responded to the listed location after hearing the sounds of gunshots. Upon arrival, officers located an adult male and an adult female suffering from gunshot wounds. A short time later, another adult male was located at a nearby fire station also suffering from gunshot wounds. DC Fire and Emergency Medical Services responded to the scene and found that the adult male victim displayed no signs consistent with life. The victim remained on the scene until transported to the Office of the Chief Medical Examiner. The other two victims were transported to local hospitals for treatment of non-life threatening injuries. The decedent has been identified as Michael Cunningham, 28, of Northeast, DC.
On Sunday, December 1, 2019, a 25 year-old adult male, of Southeast, DC, was arrested and charged with First Degree Murder While Armed and Assault with a Dangerous Weapon. On Thursday, December 12, 2019, pursuant to a DC Superior Court arrest warrant, Terell Kevonte Blackman, 25, of Northwest DC, was arrested and charged with First Degree Murder while Armed (Premeditated).

I spoke with a friend of Mr. Cunningham's at this site who told me that he had been a good guy, and that he'd long remember his friend - "I like Mike"

There are three street memorials currently visible in a two block stretch in this neighborhood. May peace reign henceforth. 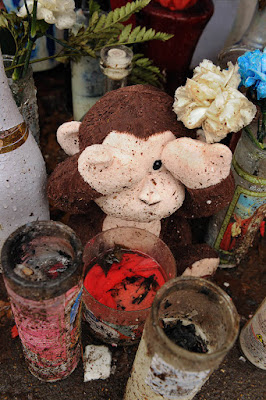 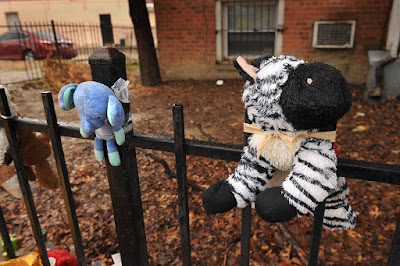 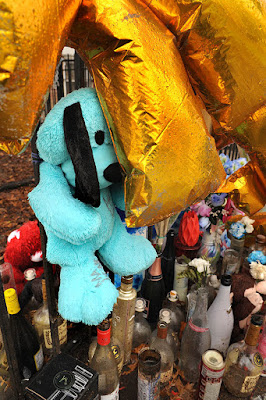