From a PG County Police report: The Prince George’s County Police Department’s Homicide Unit identified and charged a suspect wanted for a murder that occurred in the City of Seat Pleasant, Maryland, on Tuesday. He is identified as Nevonia Evans, 22, of Washington D.C.  He was arrested this morning in the District of Columbia. Evans is charged with the murder of Curtis Mark Jones, Jr. 28, of Suitland. On December 3rd, 2019, at approximately 4:45 pm, officers responded to a liquor store in the 6400 block of Central Avenue, Seat Pleasant. The victim was found suffering from a gunshot wound inside of the business. He was pronounced dead on the scene. The preliminary investigation reveals Evans and the victim were involved in a confrontation inside of the liquor store prior to the fatal shooting. The reason for the confrontation is unknown at this time and remains under investigation. Evans is charged with first and second degree murder and related charges.

Sadly, there have been a number of slayings in this block near the busy Addison Road Metro station.
I wish justice and peace for all the people of this community. 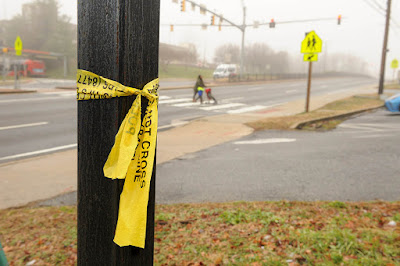