From a DC Police report: Detectives from the Metropolitan Police Department’s Homicide Branch are investigating a fatal shooting that occurred on Sunday, July 21, 2019, in the 1300 Block of Congress Street SE, Washington DC. At approximately 7:41 pm, members of the Seventh District responded to the listed location for the sounds of gunshots. Upon arrival, members located an adult male victim in an alley, unconscious and unresponsive, suffering from multiple gunshot wounds. DC Fire and Emergency Medical Services responded to the scene and transported the victim to a local hospital. After all lifesaving efforts failed, the victim was pronounced dead. The decedent has been identified as Jamal Bandy, 27, of no fixed address. 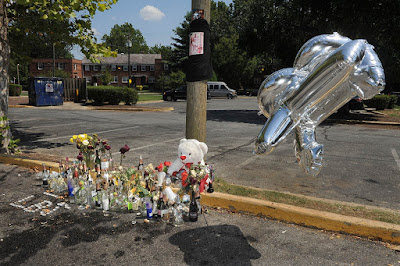 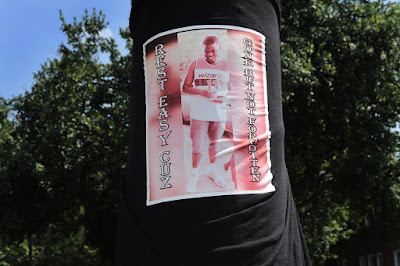 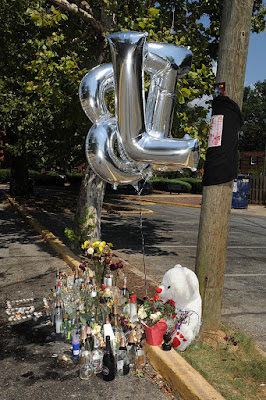 I spoke with a grassroots community activist at the site, a man I have shared with at shrines sites in this area in the past. He spoke of his dreams of a violence-free neighborhood. I wish him and his entire community peace, prosperity, and harmony.
Posted by Lloyd at 11:18 AM