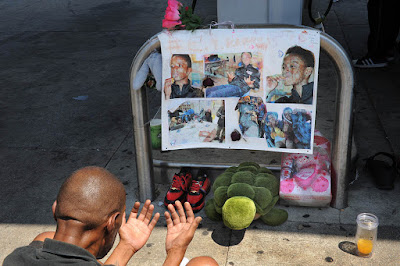 From a DC Police report: Detectives from the Metropolitan Police Department’s Homicide Branch announce an arrest has been made in a homicide that occurred on Thursday, July 18, 2019, in the 2700 block of Naylor Road SE, Washington DC. At approximately 6:57 pm, members of the Seventh District responded to the listed location for the report of the sounds of gunshots. While investigating, MPD was notified that a juvenile male, suffering from a gunshot wound, was taken to a Prince George’s County Fire Department Fire Station. The victim was transported to a local hospital for treatment. After all lifesaving efforts failed, the victim was pronounced dead. The decedent has been identified as Karon Brown, 11, of Southeast DC.

There has been quite a lot of press regarding the loss of this boy's life. His funeral was heavily attended, and both the Mayor and Police Chief made statements regarding the situation, according to the Washington Post.

The man pictured is the child's grandfather, who was praying when I got there, and keeping a dignified vigil over the memorial. We spoke for a while, but there are no words adequate to understand or simply heal a loss of this nature.  Salaam aleikum. May peace be with you sir, and with all your family. 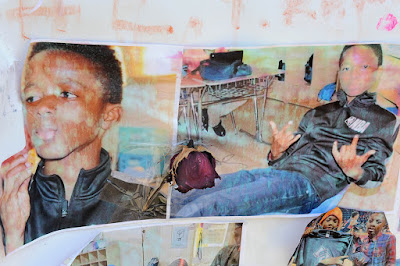 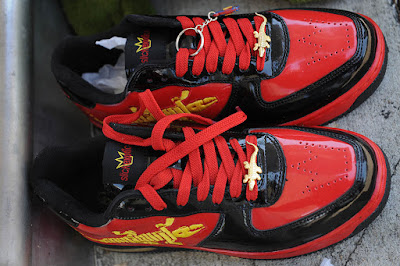 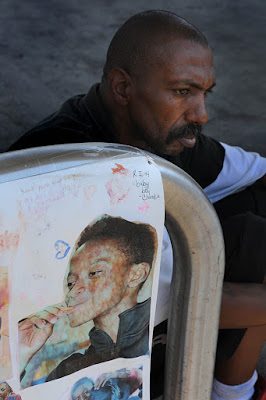