From a DC police report: Detectives from the Metropolitan Police Department’s Homicide Branch are investigating a homicide that occurred on Saturday, April 7, 2018, in the 800 Block of 21st Street NE, Washington DC. At approximately 1:10 am, members of the Fifth District responded to the report of a shooting at the listed location. Upon arrival, members located an adult male victim suffering from a gunshot wound. DC Fire and Emergency Medical Services responded to the scene and transported the victim to an area hospital. After all lifesaving efforts failed, the victim, identified as Adrian Terrance Gay, 39, of Southeast DC, was pronounced dead.

I found this remnant of the shrine built in Mr. Gay's memory. It was what survived the recent heavy rains we have had in our area. 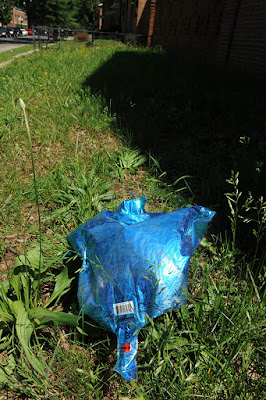 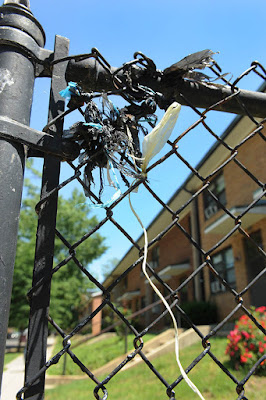