From a DC police report: On Friday, December 28, 2012, units from the First District responded to a pedestrian traffic collision with injury which occurred at approximately 6:06 pm at the intersection of New York Avenue and First Street NW, Washington DC. A 2003 Pontiac Bonneville was traveling east on New York Avenue.  After crossing the intersection of First Street with a solid green signal, the Pontiac struck a pedestrian, who was crossing north, outside of the east crosswalk.  After impacting with the Pontiac, the pedestrian landed in the roadway, and was run over by a tan SUV with DC registration. The Pontiac remained on the scene. However, the SUV failed to stop and continued to travel eastbound on New York Avenue. DC Fire and EMS transported the victim to an area hospital where she was admitted in critical condition. On Saturday, December 29, 2012, at approximately 2:15 pm, the pedestrian, identified as Tarsha Jackson, 16, succumbed to her injuries and was pronounced dead 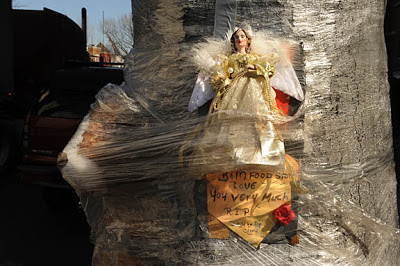 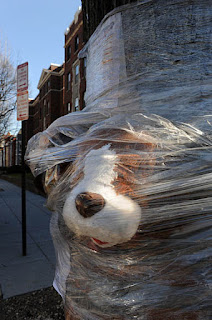 Thank you to Danielle Probst, who alerted me to the presence of this memorial.