Aaron Kidd and Andre Shuford; site of a double homicide in Forestville, Maryland 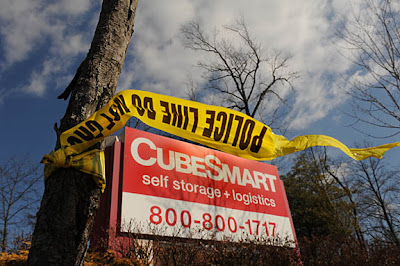 From a PG County police report: On February 19, 2013, at 5:35 pm, patrol officers responded to the 3700 block of Donnell Drive Forestville, Maryland, for the report of a shooting. Upon arrival, patrol officers found two adults shot in a parking lot. Aaron Burrell Kidd, 18, was taken to a local hospital where he was pronounced dead. He was a 9th grade student at Suitland High School. A second victim, Andre Walter Shuford, 18, succumbed to his injuries and was pronouced dead February 20, 2013.
At this point, there is no indication that this crime is connected to the murder of Charles Walker, Jr.
Posted by Lloyd at 10:00 AM