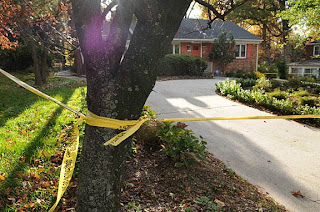 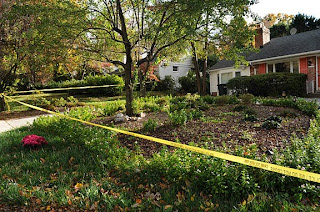 Ms. Marcum was beaten in a struggle at her Bethesda home. There were signs of forced entry and her gold Jeep was taken. A DC police officer spotted the Jeep on Benning Road NE late Monday. The officer wrote: "I activated my lights and siren in an attempt to traffic stop the Jeep. However, it accelerated and began to flee. I conducted a vehicle pursuit which lasted about ten minutes...the driver lost control, struck a pole, and rolled over the SUV. I saw the driver...flee on foot. I followed him about one block in a foot chase never losing sight as he ran until his apprehension at 4th and New York Ave NW."
Posted by Lloyd at 8:59 AM