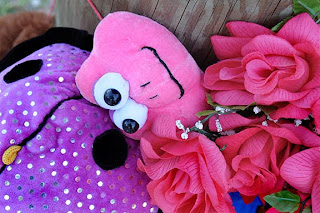 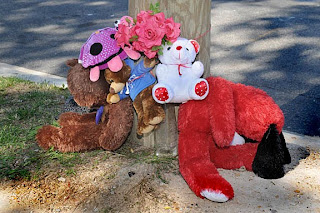 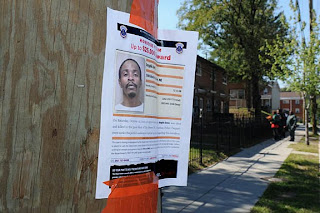 This memorial is in the Clay Terrace area. There was another killing less than a block from here about two weeks earlier- I found no memorial on that site.
This is one of the deadliest areas in the city, and many here mourn their losses.
Posted by Lloyd at 9:19 PM

TURLY MY BROTHER ANGELO aka "LOCHIE" WILL BE MISSED & LOVED DEEPLY, i WILL CONTINUE TO MORUN MY BROTHER WHOM I SPENT ALL OF MY YEARS GROWING UP WITH WE HAVE SO MANY MEMORIES & FUN TIMES WITH EACH OTHER, IT HURTS SO BAD THAT SOMEONE WOULD WANT TO TAKE HIS LIFE FOR 'NO REASON" HE WAS A FUN LOVING & HAD A GOOD HEART HE WAS NOT A MENACE TO SOCIETY AND HE LOVED HIS CHILDREN DEEPLY ALONG WITH HIS NIECES & NEWPHEWS; HE ALWAYS WANTED THE BEST FOR HIS FAMILY, AND ALSO WANTED TO PURSUE HIS CAREER AS AN ELECTRICAN. I AM JUST STUCK IN THIS TRANZE TRYING TO FIGURE OUT IF THERE WAS SOMETHING THAT I COULD HAVE DONE TO PREVENT THIS FROM HAPPENING!