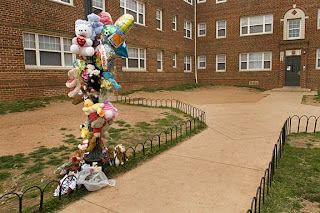 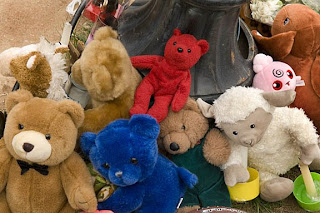 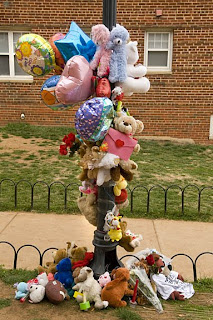 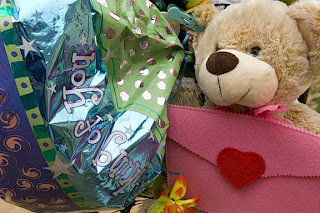 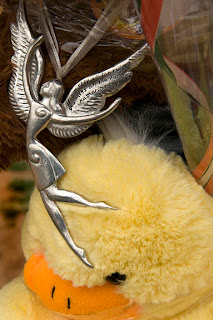 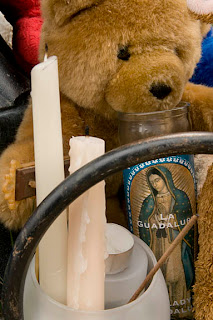 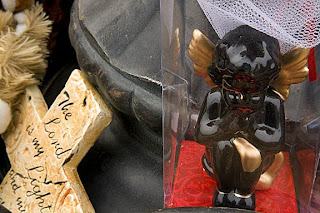 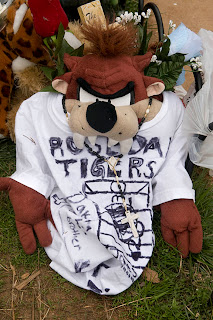 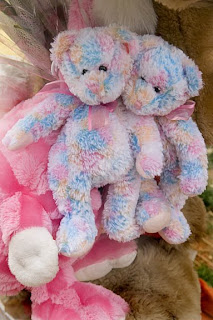 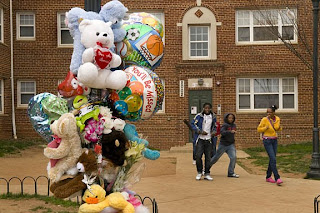 This shrine is in honor and memory of Erica Peters, 36 and her chidren Eric, 11, and Dakota, 10, who were killed March 21st in their apartment (2000 Maryland Ave NE, Washington DC ) apparently by the children's father Joseph Randolph Mays, who was arrested (he wounded himself- the murder weapon was a knife). A third child, who was also wounded in the crime, was placed with DC Child protective services.

The Carver Terrace neighborhood has been the scene of many bloody incidents. There is yet another older shrine to a murder viictim visible from the courtyard of this modest apartment building.

I met a man, Roland, 53, at the site. He lives in the building. His grandkids, whom he takes care of, woke him up to see the bodies being carried out. He said over & over "It hurt." The kids are afraid it may happen to them. They played with the Peters kids often. He prays for more police protection in the neighborhood, to end this danger. The grandkkids are having nightmares. He spoke of loss, fear... how do you explain this to children? He said that Ms. Peters was kind, friendly, and only went to her job, church, and took care of her children.

At his arraignment, the alleged murderer of his wife and children expressed no remorse.

Teddy bears and balloons. And broken lives.
Posted by Lloyd at 9:33 AM