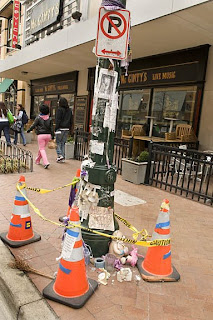 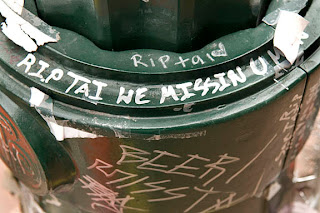 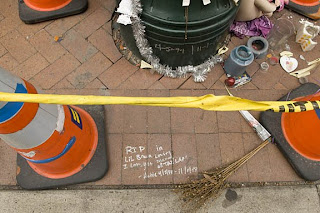 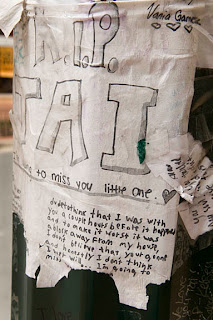 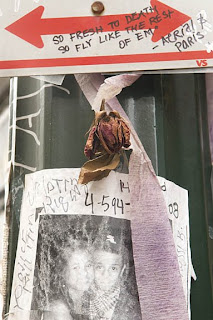 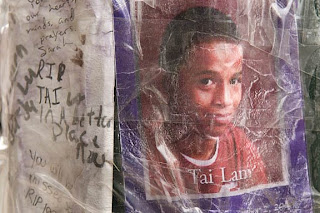 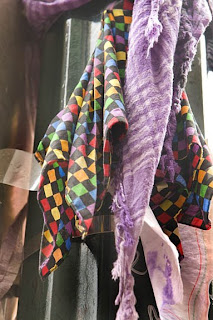 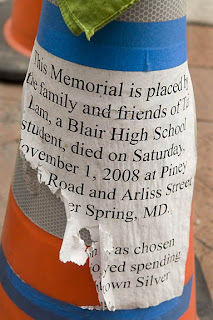 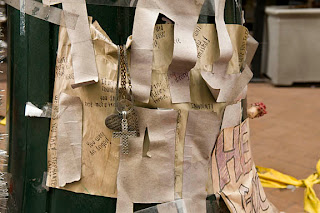 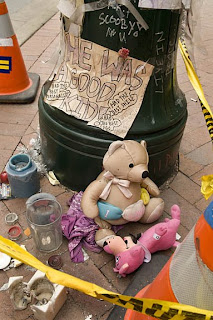 This particularly emotion-laden shrine to Tai Lam, 14, is in the 900 block Ellsworth Avenue of Silver Spring, Maryland. The memorial in this busy mall area was erected and maintained by his friends and classmates at Montgomery Blair High School because Tai, a popular student, liked to hang out there.

According to the Blair High School newspaper, "Montgomery County police arrested Hector Mauricio Hernandez, 20, of Takoma Park, for the murder of young Mr. Lam. Hernandez is a member of the MS-13 gang.
Lam, & two others, aged 14 and 15, boarded a bus in Silver Spring with a large group of friends on Nov. 2, 2008. The three boys were shot around 11 p.m. after a verbal exchange with a group of older men. When the bus stopped at Arliss Street. & Piney Branch Road, the older group exited the bus. One of them fired into the back of the bus, hitting Lam and two other boys, who attend Blair & Northwood High School.
Tai Lam died later that night. The other boys were taken to Georgetown Hospital in critical condition. Both have since been released."

It is the first shrine to a murder I have encountered in Montgomery County.
Posted by Lloyd at 9:54 AM