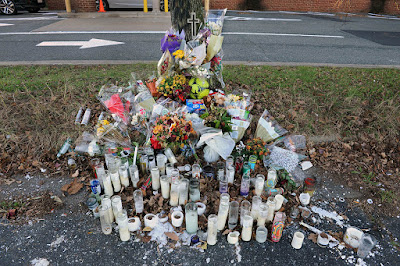 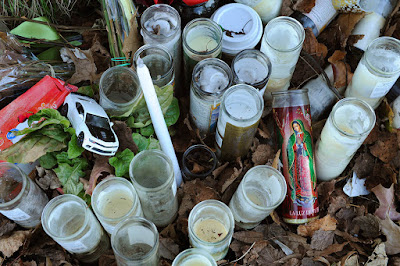 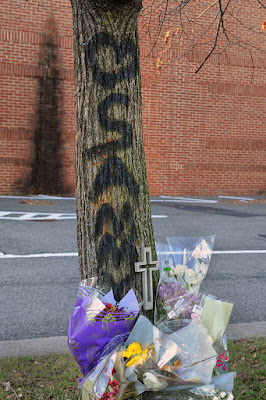 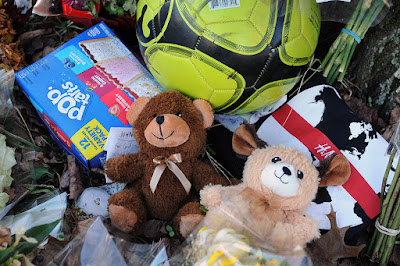 From a Fairfax County VA police report: Franconia Police District – Detectives from our Major Crimes Bureau are continuing to investigate a fatal shooting that occurred this morning. Officers responded to the Diamond Lounge at 7203 Little River Turnpike, Annandale, Virginia, around 2:12 a.m.October 30, 2020,  for a reported shooting. Upon their arrival, officers found Samuel Njikang, 27, of Woodbridge, suffering from an apparent gunshot wound to the upper body. Njikang was taken to the hospital where he succumbed to his injuries. Preliminarily, detectives believe Njikang was involved in an altercation with a group of people in the parking lot after leaving the lounge. During the course of the altercation, he was shot. This is an active investigation and detectives continue to conduct interviews, process evidence, and canvass the area for witnesses.

This large shrine to the memory of Mr. Njikang is at the edge of the Diamond nightclub parking lot.