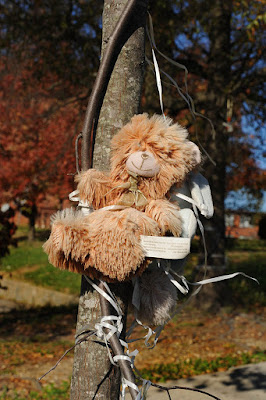 From a DC Police report: Detectives from the Metropolitan Police Department’s Homicide Branch are investigating a homicide that occurred on Tuesday, October 20, 2020, in the 300 block of 50th Street NE, Washington DC. At approximately 9:17 pm, members of the Sixth District responded to the listed location for the sounds of gunshots. Upon arrival, members located an adult male suffering from a gunshot wound. DC Fire and Emergency Medical Services responded to the scene and found that the victim displayed no signs consistent with life. The decedent has been identified as 43 year-old James Edward Brisbon, of Southeast, DC.

There have been a number of murders and shrines in this troubled block. I pray that reason and calm prevail and that the residents are spared further grief.