From a DC police report: Detectives from the Metropolitan Police Department’s Homicide Branch are investigating a homicide that occurred on Friday, May 29, 2020, in the 3000 block of 30th Street SE, Washington DC. At approximately 6:23 pm, members of the Seventh District responded to the listed location after hearing the sounds of gunshots. Officers canvased the area and located an adult male, suffering from a gunshot wound. DC Fire and Emergency Medical Services responded to the scene and transported the victim to a local hospital for treatment. After all life-saving efforts failed, the victim was pronounced dead. The decedent has been identified as Tyrell Smith, 19, of Southeast DC.
At this street memorial site, I spoke with two women who are trying to clean up the neighborhood physically & otherwise. Both had lost sons, numerous family members and friends to violence. They thanked me for my work, and I thanked them for what they do for their community. 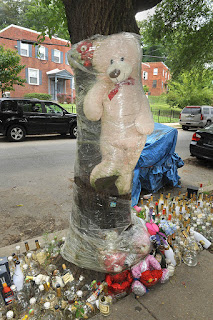 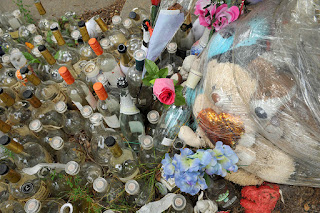 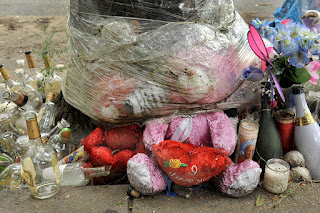 Peace and condolences to all, and especially to those who grieve for young Mr. Smith.
Posted by Lloyd at 3:05 PM