From a DC Police report: Detectives with the Metropolitan Police Department’s Major Crash Investigations Unit are investigating a traffic fatality involving a pedestrian that occurred on Wednesday, February 26, 2020, in the 2400 block of Alabama Avenue SE, Washington DC.

The decedent has been identified as Derek Anthony Burke, Jr., 34, of Southeast, DC. 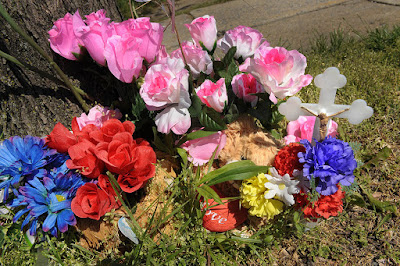 May there be justice in this case.
Posted by Lloyd at 3:46 PM