From a DC police report: Detectives from the Metropolitan Police Department’s Homicide Branch are investigating a homicide that occurred in the 900 block of Shepherd Street NW, Washington DC, on Sunday, November 5, 2017. At approximately 6:10 pm, members of the Fourth District responded to the listed location for the report of a shooting. Upon arrival, officers located an unconscious and unresponsive adult male suffering from multiple gunshot wounds. DC Fire and Emergency Medical Services responded to the scene and determined there were no signs consistent with life. The decedent remained on the scene until transported to the Office of the Chief Medical Examiner. The decedent has been identified as Juan Nelson Roberts, 35.

These masses of yellow crime tape mark the alley where Mr Roberts lost his life. 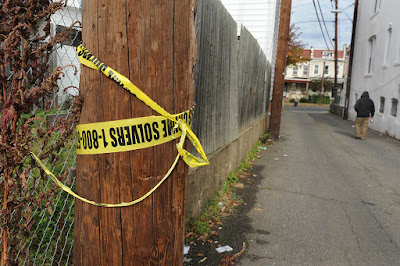 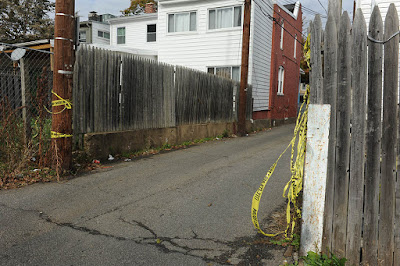