Mr Ronald Lee, a lifelong Woodland Terrace resident, and respected local peacemaker, showed me where the large shrine to Antonio McCallister, recently slain in the Woodland Terrace complex of Southeast DC, had been. He said it was removed by Housing and DC Police officials shortly after the community built it.

There were two recent homicides in Woodland Terrace, and there is a large and clearly visible police presence now in place to protect the citizens.

From DC Police reports:
Detectives from the Metropolitan Police Department’s Homicide Branch are investigating the homicide that occurred on Friday, July 24, 2015, at approximately 10:31 pm. Officers from the Seventh District responded to a call for the sound of a gunshot in the 2700 Block of Langston Place SE, Washington DC. Upon arrival, they located an adult male suffering from an apparent gunshot wound. DC Fire and EMS transported the victim, identified as Antonio McCallister, 23, to a local hospital where he succumbed to his injuries and was pronounced dead.

On Tuesday, July 28, 2015, at approximately 5:16 pm, officers from the Seventh District responded to the sounds of gunshots in the area of the 2300 block of Ainger Place SE, Washington DC. Upon arrival, they located an adult male suffering from an apparent gunshot wound.  DC Fire and Emergency Medical Services personnel responded and did not find any signs of life. The decedent has been identified as Melvin Williams, 31. 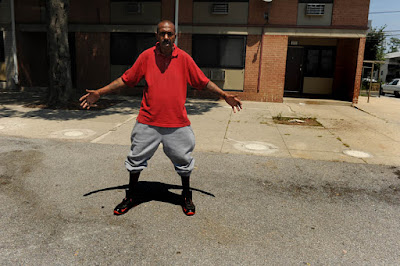 Peace and wisdom to all, and justice.