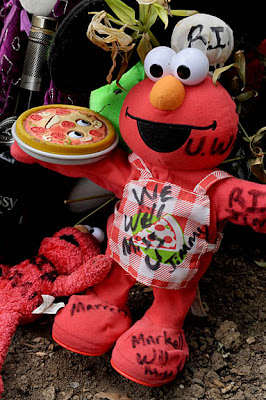 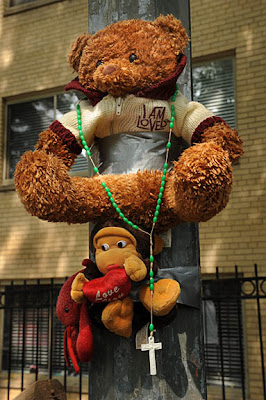 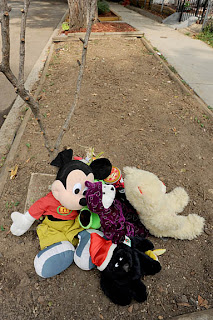 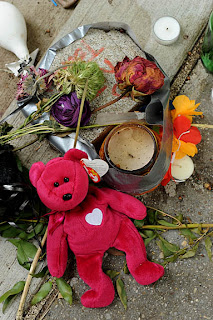 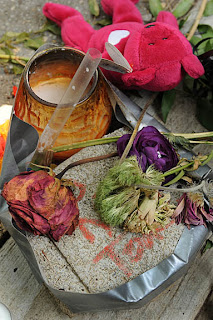 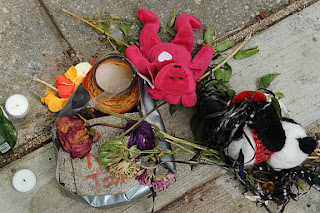 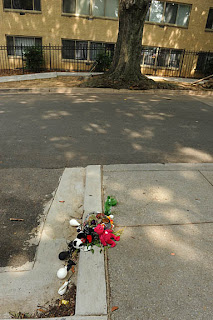 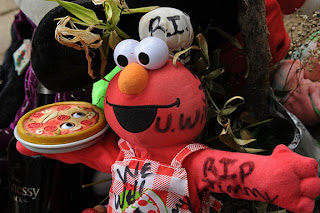 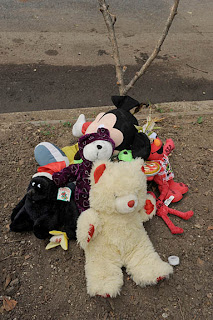 From DC police and news reports: On Saturday, July 9, 2011, at approximately 5:52 am, members of the Third District responded to the sounds of gunshots in the 1400 block of Parkwood Place NW, Washington DC. Upon arrival on the scene, they found three adult male victims suffering from apparent gunshot wounds. Personnel from DC Fire and EMS determined two of the victims had no signs compatible with life. Those two victims were transported to the Office of the Chief Medical Examiner where they were pronounced dead. The third victim was transported to a local hospital where he was admitted in grave condition. The decedents have been identified as Jimmie Lee Simmons III, 32, and Domonique Barber , 31, both of NW Washington, DC. A press report stated that a weapon was recovered from the victim who went to the hospital.
Motives for the slayings remain unclear, although there is a suggestion that there may have been gambling on the scene.

There were three memorials at the end of the block,; I assume for all three individuals who were shot.

More information is on HomicideWatch.
Posted by Lloyd at 10:13 PM

WE still miss u jimmie!..terribly..RIP