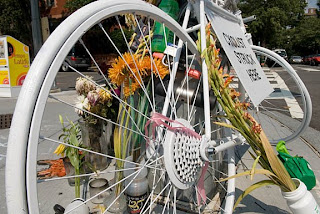 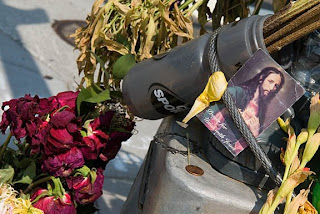 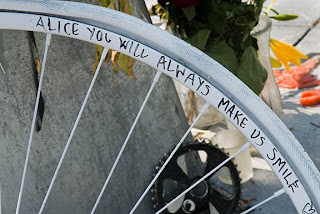 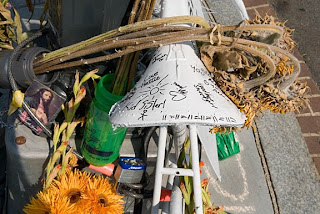 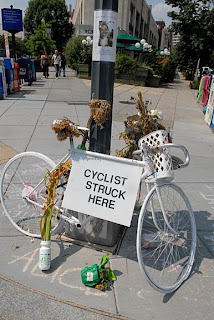 'Ghostbikes' are often erected by the cycling community on the site of a fatal bike accident.

This memorial to 22-year old Alice Swanson is at the corner of R St. and Connecticut Ave. NW, in Washington DC, near Dupont Circle.

She was hit by a trash truck during rush hour on July 8, 2008, and killed. By all accounts, she was an exceptional and lovely young woman.

According to the Washington Post, "The driver of the truck was identified as Marco Rosendo Flores-Fuentes, 56, of Falls Church [VA]. No charges had been filed in the incident as of last night."
For more on the sad story, and on ghostbikes, see:

http://www.ghostbikes.org/washington-dc
Posted by Lloyd at 5:31 PM