From a DC Police report: Detectives from the Metropolitan Police Department’s Homicide Branch are investigating a homicide that occurred on Friday, July 3, 2020, in the 1900 block of 18th Street SE, Washington DC. At approximately 11:13 pm, members of the Sixth District responded to the listed location for the sound of gunshots. Upon arrival, officers located an adult female victim suffering from a gunshot wound. DC Fire and Emergency Medical Services responded to the scene and transported the victim to a local hospital for treatment. After all life-saving efforts failed, the victim was pronounced dead. A short time later, officers located an adult male suffering from a gunshot wound. The victim was transported to an area hospital for treatment of non-life threatening injuries. The decedent has been identified as Jordyn Simmons, 20, of Hyattsville, MD.
May Ms. Simmons have peace and beauty for ever and ever, and her memory be for a blessing. 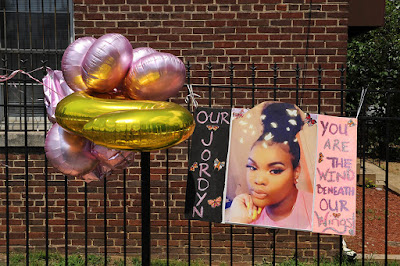 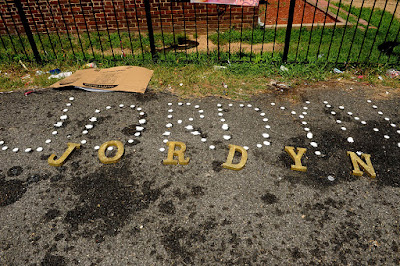 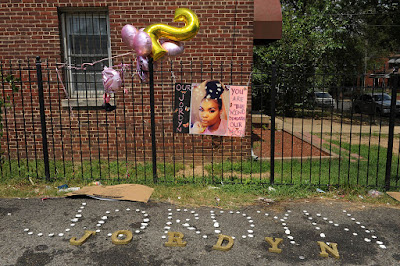 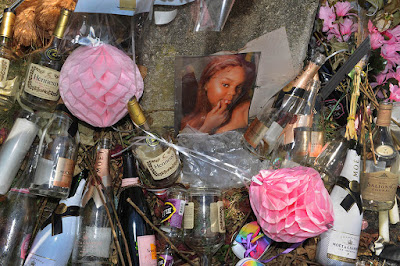 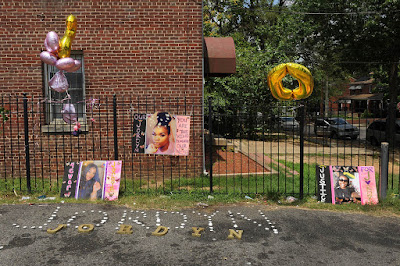 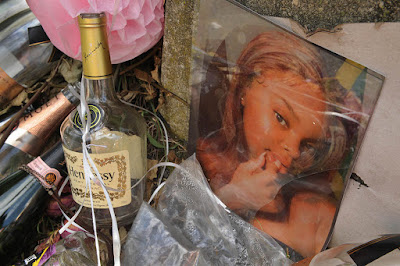 I spoke with a mother and her pre-teen son at this site, who had heard the gunshots and witnessed the aftermath of this tragic slaying. They were duly concerned about the violence in the community, and expressed frustration and fear. We shared a wish for tranquility, comity, and peace.
Posted by Lloyd at 4:07 PM