From a DC Police report: Detectives from the Metropolitan Police Department’s Homicide Branch are investigating a homicide that occurred on Thursday, January 30, 2020, in the 100 block of Atlantic Street SE, Washington DC. At approximately 8:10 pm, members of the Seventh District responded to the listed location for the report of a shooting. Upon arrival, officers located an adult male, inside of a residence, suffering from multiple gunshot wounds. DC Fire and Emergency Medical Services responded to the scene and after displaying no signs consistent with life, the victim, identified as John Seegars, 30, of Southeast DC was pronounced dead. Investigation at the scene revealed that the offense took place inside of the residence.

This yellow police tape was in the alley behind the residence. 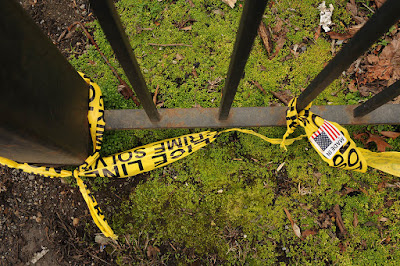 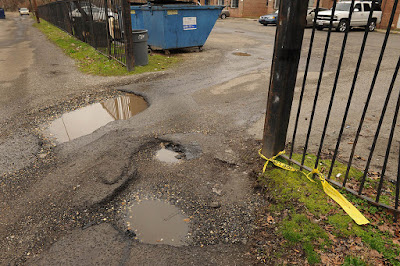