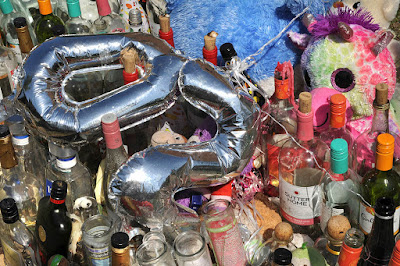 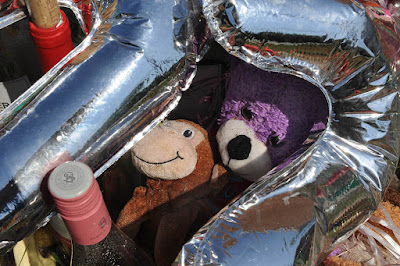 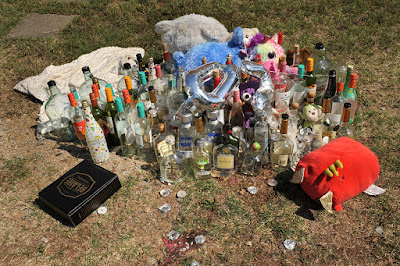 From a DC Police report: Detectives from the Metropolitan Police Department’s Homicide Branch are investigating a fatal shooting that occurred on Sunday, August 18, 2019, in the 1500 block of 45th Street NE, Washington DC. At approximately 10:00 pm, members of the Sixth District responded to the listed location for the report of the sounds of gunshots. Upon arrival, members located an unconscious adult male victim, suffering from a gunshot wound. DC Fire and Emergency Medical Services responded to the scene and transported the victim to an area hospital for treatment of life-threatening injuries. After all lifesaving efforts failed, the victim was pronounced dead. Two additional adult victims were located on the scene suffering from non-life threatening injuries. The decedent has been identified as Corey Wells, 40, of Capital Heights, MD.

It is possible that this shrine is for Alonzo Hines, who was slain about a block away from thsi site on August 14, 2019.

May this neighborhood and all the loved ones know peace.
Posted by Lloyd at 12:16 PM