From a DC police report: Detectives from the Metropolitan Police Department’s Homicide Branch are investigating a homicide that occurred on Thursday, March 14, 2019, in the 1300 block of Columbia Road NW, Washington DC. At approximately 6:21 pm, members of the Third District responded to the listed location for the report of a shooting. Upon arrival, officers located an adult male, suffering from a gunshot wound. DC Fire and Emergency Medical Services responded to the scene and transported the victim to an area hospital. After all life-saving efforts failed, the victim was pronounced dead. The decedent has been identified as Dawud Debruhl, 25, of Northwest, DC. 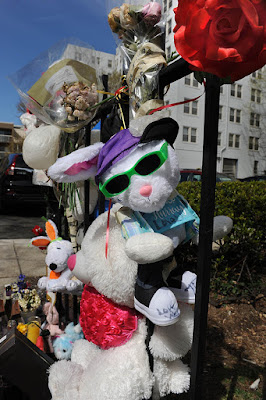 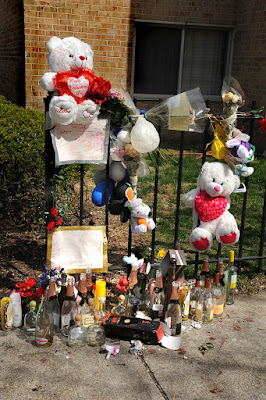 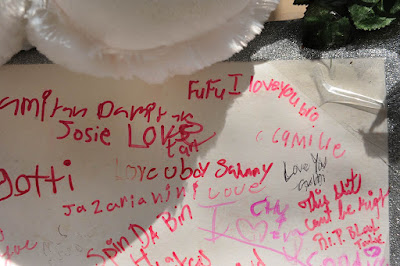 On September 24, 2019, while investigating another slaying in the neighborhood of Vincent Carter, I documented the extensive upbuilding of Mr. Debruhl's shrine.

Both of these men have shrines facing one another across an alley in the Columbia Heights Village neighborhood. 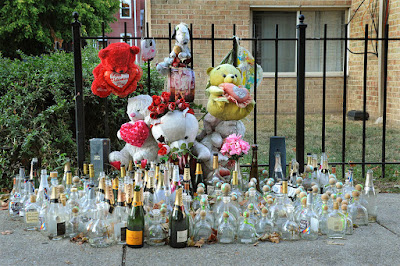 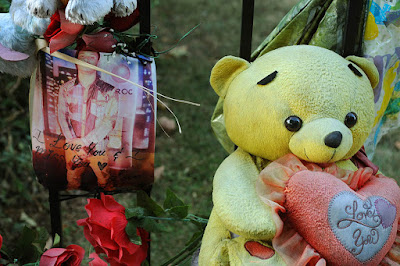 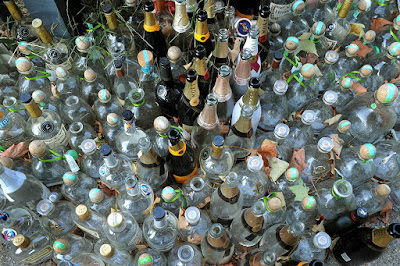 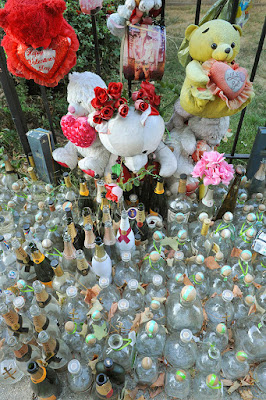